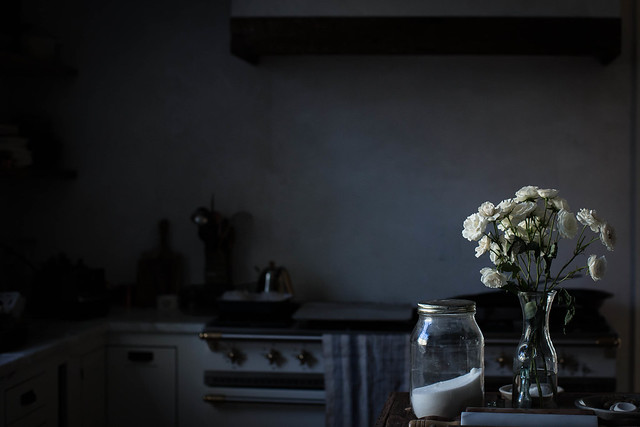 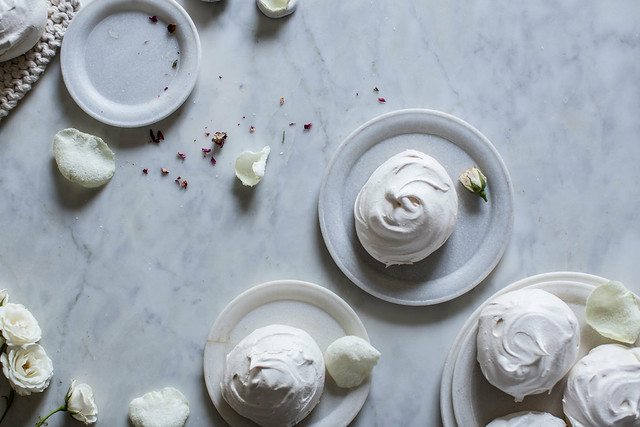 For Valentines day, stark white rose meringues. They sound hollow, crisp on the outside, soft in the middle, toothsome. And a passage from my favorite romance, Histoire d’O. It was published in 1954, and this Fifty Shades of Grey nonsense has nothing on it. Here is the novel’s articulation of one of the many faces of that signifier, that word “love”: the face of happy torture. Happy Valentine’s Day. 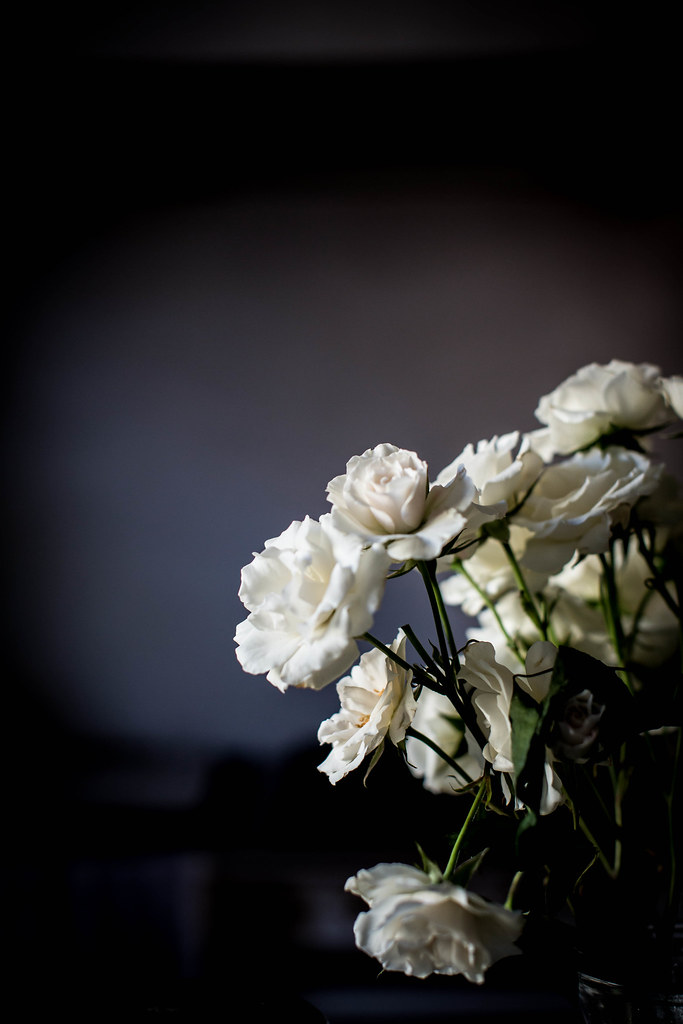 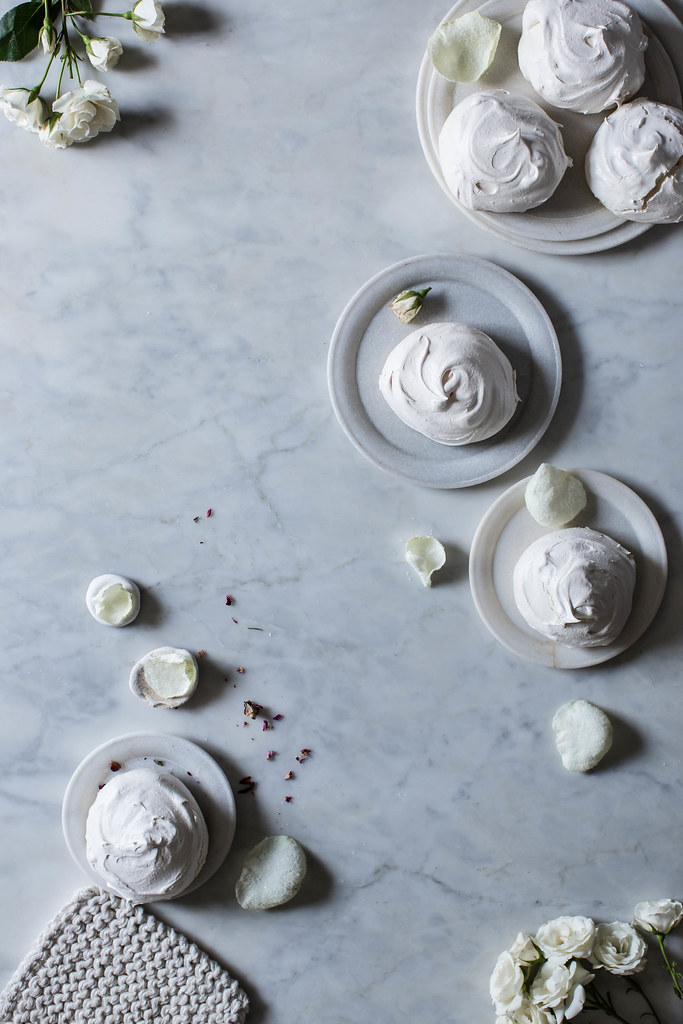 “She was no longer free? Ah! thank God no, she wasn’t any longer free. But she was buoyant, a cloud-dwelling goddess, a swift-swimming fish of the deeps, but deep-dwelling, forever doomed to happiness. Doomed because those powerful ligatures, those hairthin cables whose ends René held in his hand were the only lines by which life-giving energy could reach her. And that was so true that when René slackened his grip upon her—or when she fancied he had—when he seemed faraway, or when he absented himself in what O took for indifference, or when he remained some time without seeing her or answering her letters and when she thought he didn’t want to see anymore of her or was about to cease loving her, everything came to a halt in her, she languished, she asphyxiated. 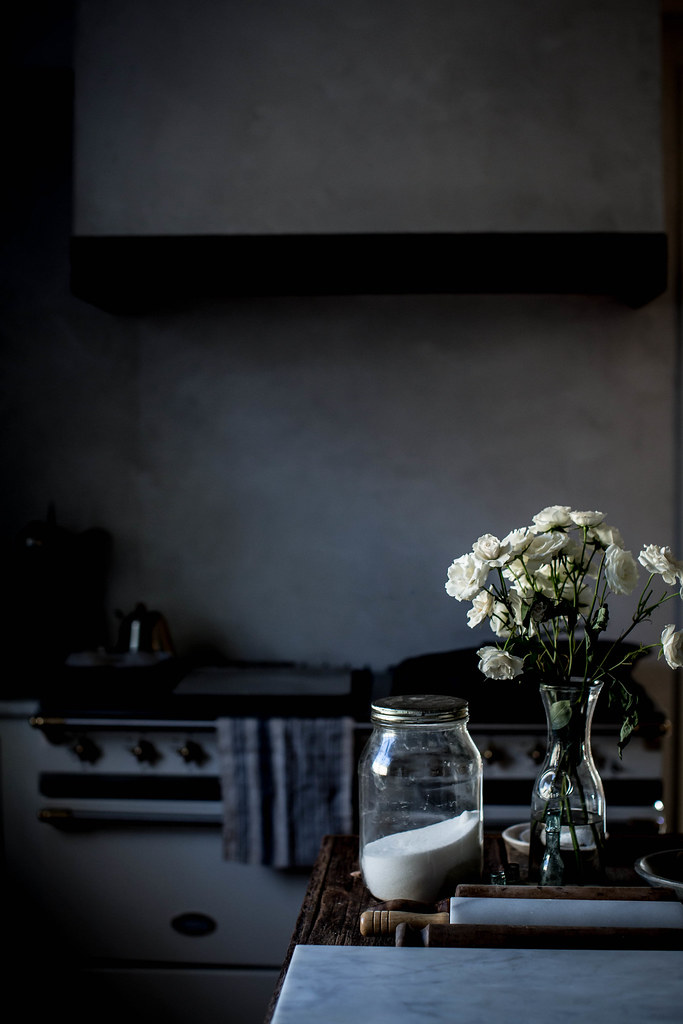 Green grass turned black, day ceased to be day, the night to be night, turning instead into infernal machines which made light alternate with darkness in order to torture her. Cool water made her nauseous. She felt like a pillar of salt, a statue of ash, bitter, useless and damned, like the salt statues of Gomorrah. For she was guilt-ridden, a sinner. Those who love God and whom God abandons in the darkness of the night, are guilty, they are sinners because they are abandoned. What sins have they committed? They search for them in their memory of the past. She would seek for them in hers. She would find nothing beyond silly little self-indulgences which derived more from her disposition than from anything she had done… 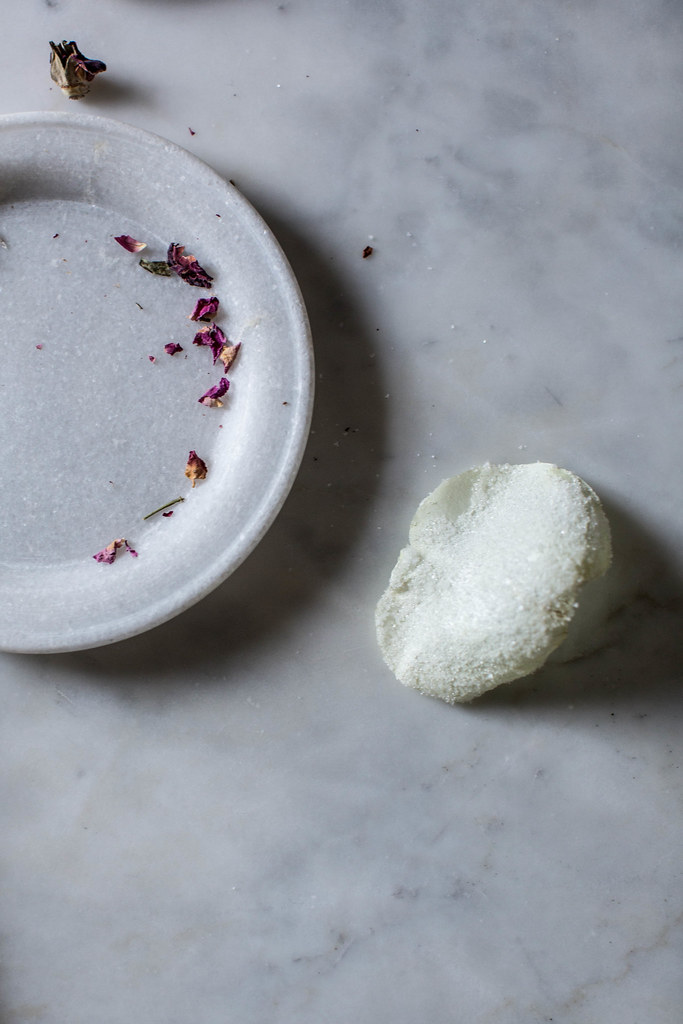 Every time René postponed the moment when they’d see one another, as he’d done that day—for it was after six, it was after six-thirty—O was brought thus to bay by the wolves of madness and despair; in vain. Madness all for nought, vain despair, there wasn’t any truth anymore anywhere. René arrived, he was there, he hadn’t changed, he loved her, still loved her, but he’d been kept overtime by a meeting or had some additional work to attend to, he hadn’t had a moment to call her up to say he’d be late, O, in a flash, emerged from her veritable gas-chamber, and nevertheless each of these accesses of terror would leave a mute premonition behind, something that would stick in her depths, a warning of impending woe: for René’d neglected, or forgotten, to call her up, a round of golf or a bridge game had kept him overtime, perhaps some other face had held him up, for he loved O, but he was free, how free he was, and how sure of her, and casual, casual. A day of death and ashes, a day sandwiched between other days, but might not the day come that would justify the madness, a day when the gas-chamber’s door wouldn’t open in time? Ah! may the miracle last, may grace be not wanting unto me, oh René, don’t leave me! O didn’t see further, and refused to see further, than every day’s tomorrow and every tomorrow’s tomorrow, she refused to see beyond this week into next, and beyond next week into the one after that. And, for her, every night with René was a night forever.” 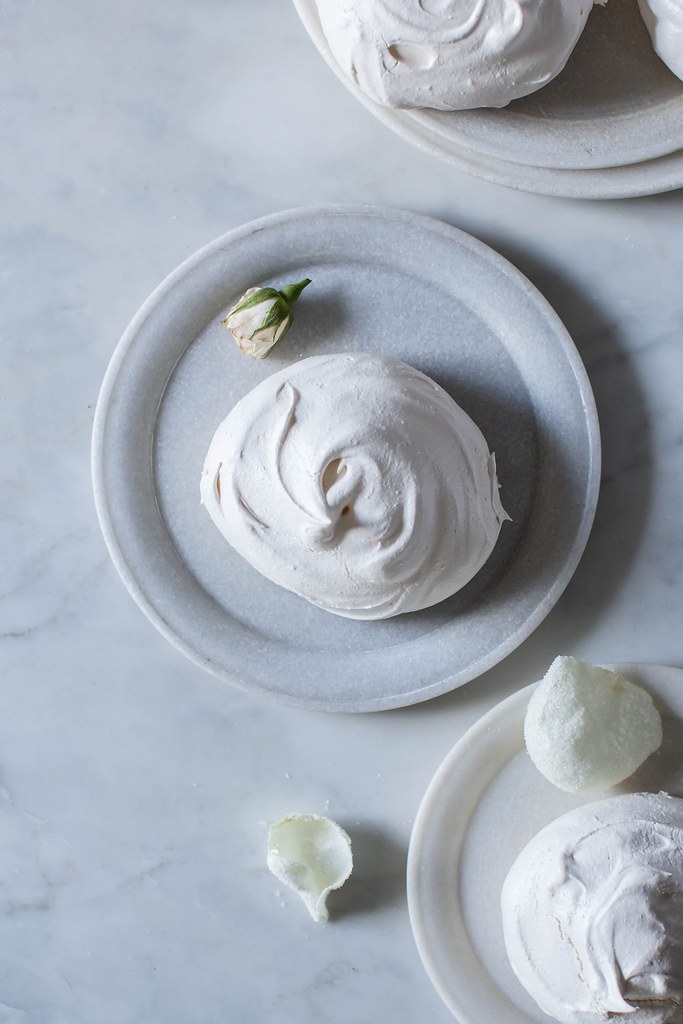 This is a simple recipe. As simple as it gets. And it produces these perfect clouds that crunch, chew, dissolve. I'm addicted to them, and the flavor possibilities are endless. You can make as many or few as you like, the ratio is just twice as much sugar as egg whites by weight. 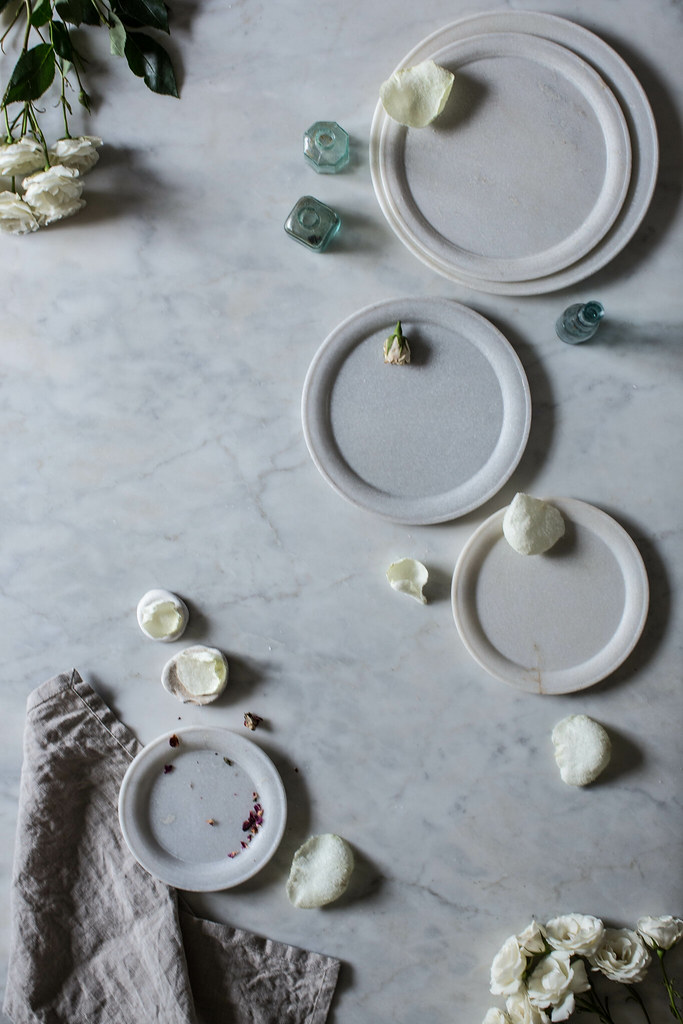