When I write of hunger, I am really writing about love and the hunger for it, and warmth and the love of it and it is all one.

My name is Beth, Elizabeth Evelyn to be exact. A native Tennessean, I was born in the South. I didn’t care for being Southern, but I grew up. And when you grow up you get eyes in your head. And what I saw was myself in the South and the South in me. It’s a broken place, and its richness lies in its brokenness. It’s an awfully human place. A bloody place. A pig fat place. One morning you wake up, look in the mirror, and see that the river and mountains and murder ballads are in you. They are you. You’re them. And you know its nonsense to say otherwise. I am, for better or worse, some strange breed of Southern. 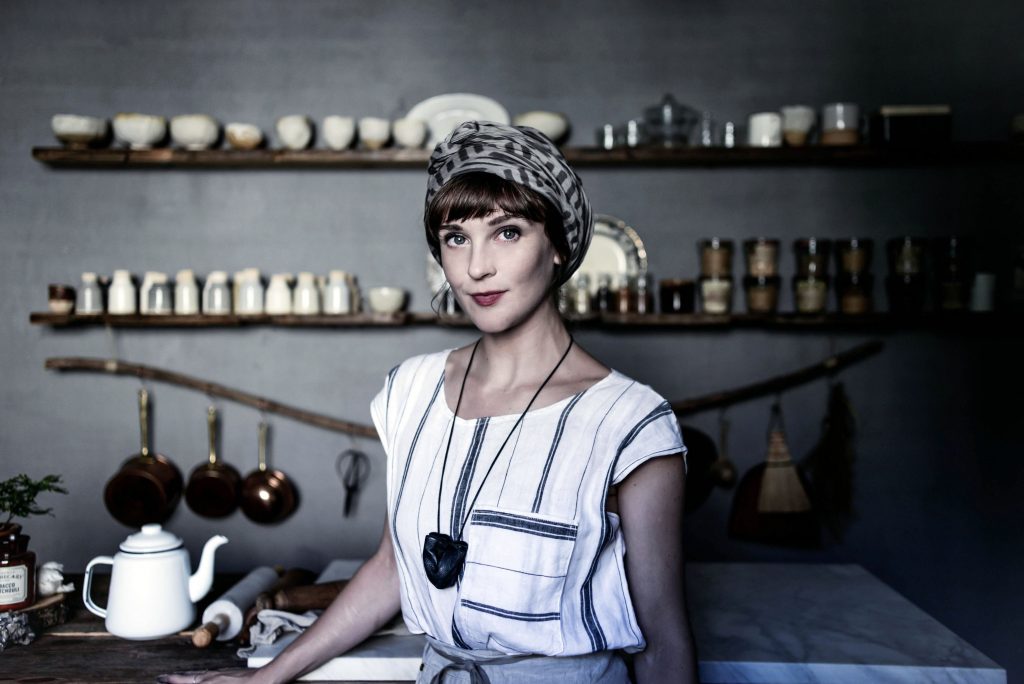 I went further south after high school—swamps & Spanish moss south—studying philosophy & writing in the low country at Loyola University New Orleans where I had religious experiences in the form of oysters on the half shell swimming in Tabasco, brown paper bags of crawfish, muffulettas from Central Grocery, and midnight beignets at Café du Monde. In the summers I backpacked in Europe on a shoe string and spent most of my time in a small village in the Netherlands eating homemade bread and stroop waffles at a place called L’abri, which translates as “shelter” from French. It was there, spending afternoons in the kitchen helping to prepare the communal meals we ate around a large table, meals punctuated with the questions of being (par for the course at L’abri), that I rediscovered a love of cooking that originated with my grandmother who passed away when I was 14. Her kitchen & its fine patina of flour came back to me, a recalled dream. That’s when I began to cook in earnest. I was 17.

One morning you wake up,look in the mirror, and see that the river and mountains and murder ballads are in you. They are you. You’re them. And you know it’s nonsense to say otherwise. I am, for better or worse, some strange breed of Southern.

I ended up back in Tennessee like a boomerang ( a theme in my life) in my mid-twenties and years later moved to La Jolla, CA where I forgot about my then recent divorce by consuming copious amounts of uni, hamachi, ceviché, and grilled fish sandwiches (not to mention cheap vodka, but that’s neither here nor there). Now, again, I find myself back on the North Shore of the Tennessee River in Chattanooga where I spend my days working and, best of all, making a home with my husband. Love changes your eyes, and your eyes change everything. Home is all at once home.

I’ve been restless most of my life, spending the majority of my 20′s dissatisfied, drunk, and chasing some sort of spangled rock & roll chimera. But, as late twenty-somethings are wont to do, I calmed down and came to appreciate the mundane & prosaic: an antique tea strainer, what I learned from a failed pie crust, and the feet on my first macarons. That’s what this space is about: finding the sacred in the mundane and the beauty in daily life.

Working as a freelance stylist, photographer, and recipe developer making the business of everyday living not just beautiful but interesting is my raison d’être. I’m not in it for the simply pretty. I’m in it for contrast and mess, the counter-intuitive, the strange, and the dark. I’m a mystic with the moon forever in the corner of my eye. 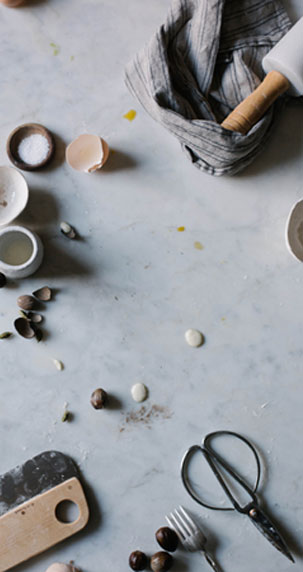 So. I’m no Martha or Ina. I’m certainly no Rachel or Paula. But I think that as we’re starting to hunger for real food, we’re hungering for real people. I have faith that there’s an audience that’s more interested in human beings and real life than some staged South Hampton fantasy or deceptively tidy suburban cloisters, neither of which exist. Don’t get me wrong, I like tea towels and bowls of lemons in sun-dappled kitchens, really, I do.

And I think cake is swell, grand even. I love the farmer’s market and the flea market, candle lit dinner parties and all of those cheerful, earnest things that seem so ubiquitous on blogs. But what I’m really enamored with is the texture of life itself from bone marrow to neuroscience, relationships to mortality. I’m not interested in an aseptic silence that avoids discomfort. There are messes that abide for weeks, screaming matches, missed deadlines, and ill starred decisions. And there is fresh bread, floral tea, and good work to be done. And there is poetry in all of it.

Living is a glossy, unctuous thing, and cooking is a divine, ancient art. It is the elevation of biological necessity. It is the beating heart. It is empires built on grain and cacao. It is selenium and potassium. It is kale and cauliflower. It is sustenance. It is actually the art of living. From patisserie to charcuterie to yeast leavened breads to molecular gastronomy—there is no facet of food and cooking that does not interest me. I want to meticulously decorate a cake, cook an entire pig, and sous vide an egg. I like sharp knives. I like technique. I like ratios. I like simplicity. I like rustic. I like refined. I like food. I like life.

All of the work I do is inspired by the notion of nesting wherever you go and traveling even when you’re at home, and when I’m not behind the stove, lens, or keyboard I can usually be found combing farmers markets & flea markets all over the world in search of inspiration. That’s why you’ll find everything here: seasonal cooking, simple gatherings, travel guides, retreats & workshops, and vignettes of both a quiet life lived in Tennessee  & my wanderings. For me, eating locally is just part of the larger picture of living mindfully, of being present. We are here, and it is now. Slow food & a slow life make moments more prismatic; tomatoes are more salt & earth, and days more farm stand than fluorescent.

My philosophy is that regarding the quotidian as art down to the detail renders so much more out of life. That’s the aim of my work be it baking a pie, writing prose, styling a photo shoot or just a table, arranging foraged florals, hosting a gathering, teaching a workshop, or cooking a dinner.  I strive to appreciate every scent, every texture, every season, every taste. I want to love my sugar bowl and my toothpaste, what I learn from conflict and from a weeping meringue. Sometimes beauty is very ugly, and sometimes the ugly is very beautiful.