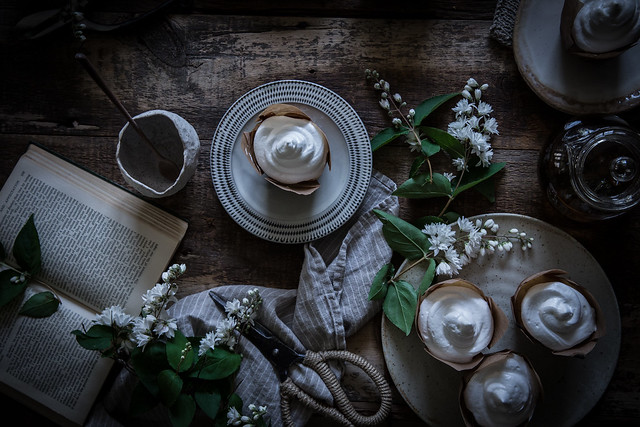 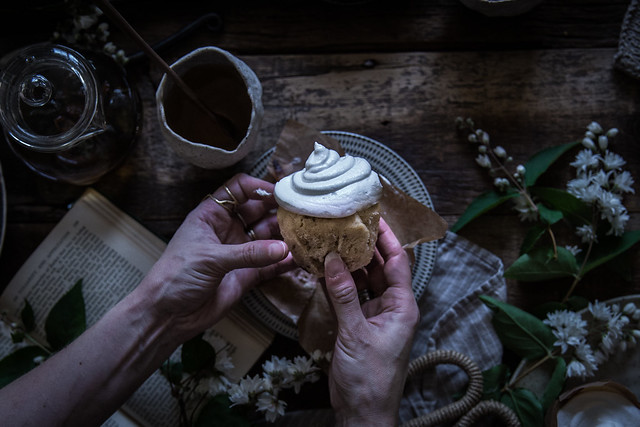 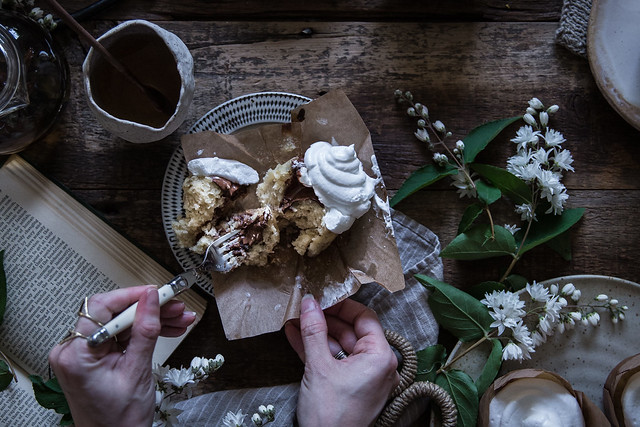 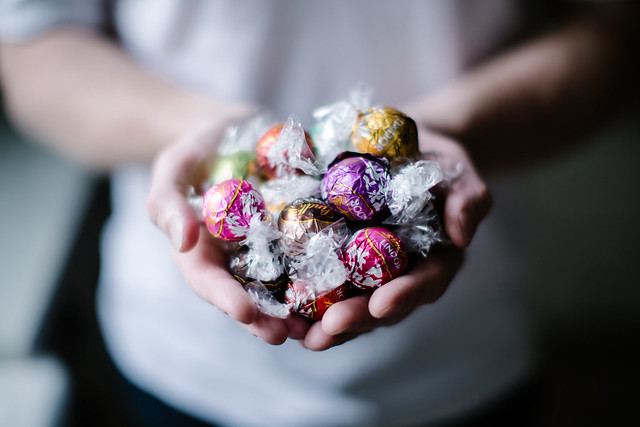 We’re remodeling our entire home at the moment (pregnancy induced nesting instinct gone arguably awry), and I haven’t been living there since January. Homesick doesn’t even begin to describe the feeling. The white oak floors were finished while we were in Japan which means that while I can’t move back into the rest of the house (no sinks or showers!), I can move back into my work space: the kitchen. These roasted banana & buttermilk cupcakes with Lindt LINDOR truffle filling & fluffy marshmallow frosting (a.k.a. 7 minute frosting) is the first recipe I created in my own kitchen since being back, and they’re a celebration of both truffles (tomorrow is national truffle day!) and of the comforts of home. 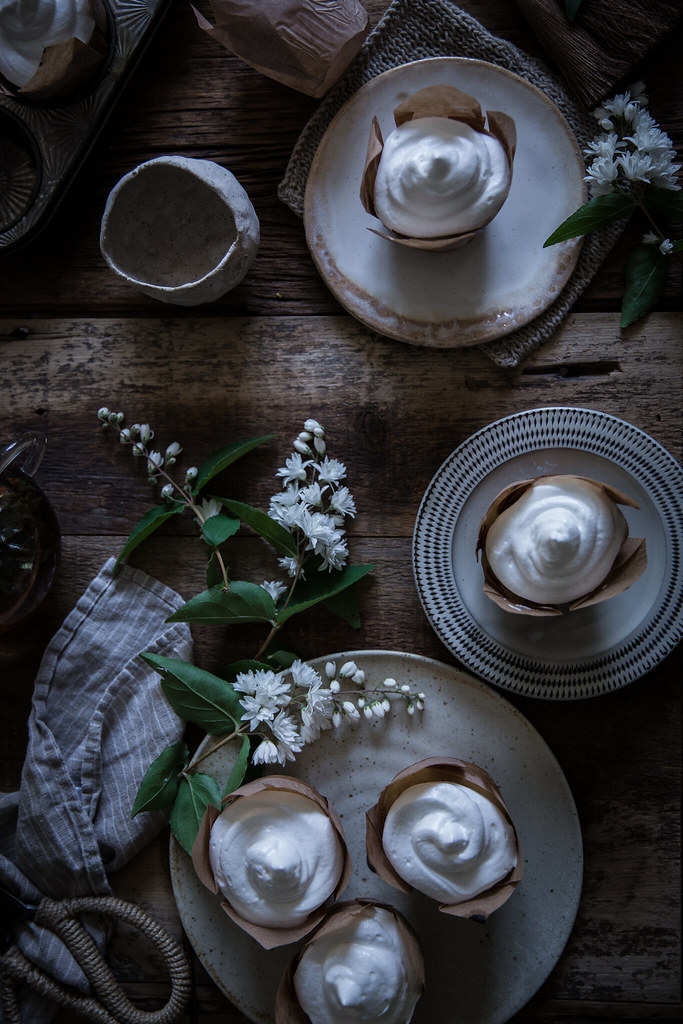 Bananas roasted with cinnamon, sea salt, a few pats of butter, and a light sprinkling of sugar and a cup of local, full fat buttermilk are the secret to these perfectly moist cupcakes. They’re made extra special with the addition of a LINDOR truffle in the center of each one, making these a treat to eat while still a bit warm as the truffles create a “molten cake” effect. The classic milk chocolate flavor (in the iconic red wrapper) is a no brainer, but I love mixing it up and using different flavors (I like their create you own mix bags) so that each cupcake is a surprise. My favorite flavors for these cupcakes are coconut, white chocolate, and caramel & sea salt. Especially the coconut!

The frosting is hands down my favorite frosting for anything be it cake, cupcake, or some such other frosted creation. It works particularly well here because the addition of the truffles makes the cakes very rich, so a lighter frosting makes more sense. My favorite part about this frosting (other than the heavenly texture) is that if you’re so inclined you can infuse it with just about any flavor you dream up since the base is just egg whites and simple syrup. I think a rum-ified version of this frosting would probably go over well for an adult twist. The frosting also toasts really well, and that would be a great option here too. Just pop them under the broiler for about 30 seconds, but be careful not to burn them!

The frosting is just meringue (whipped egg whites) that are then “cooked” by adding a bubbling hot, 240°F simple syrup to them. This results in a stable (excellent for topping pies) meringue that won’t weep, deflate, or give you food poisoning (hooray!) It’s very much reminiscent of marshmallow fluff, hence the name. And it’s super easy. I particularly like this method because it doesn’t involve whipping egg whites in a bowl balanced over a pot of simmering water which I find precarious and dicey.

So you have the comforts of buttermilk cake, banana bread, molten chocolate, and marshmallow fluff all in one dangerously addictive cupcake. We brought them down to my in-laws for the weekend, and I’m not sure whether they wanted to thank us or curse us for bringing such tempting little sweets into their home. Suffice to say, none have survived the weekend. Though my husband and I are definitely responsible for a fair amount of the damage. I hope you enjoy these as much as I have! They’re a show stopper for get togethers, and perhaps some of my favorite cupcakes I’ve ever made. Ever. 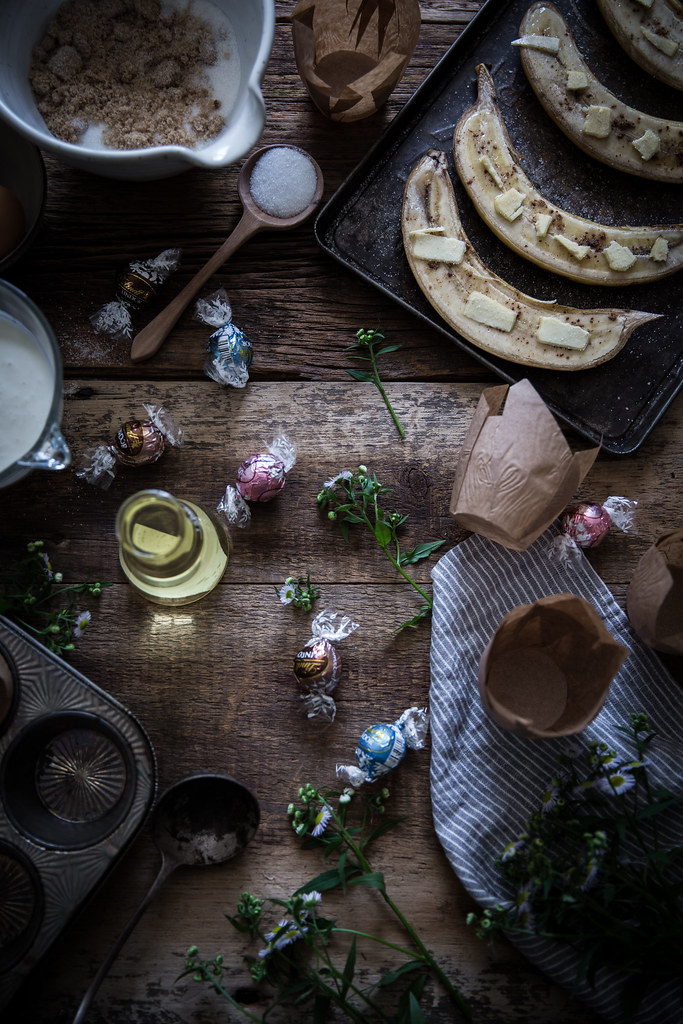 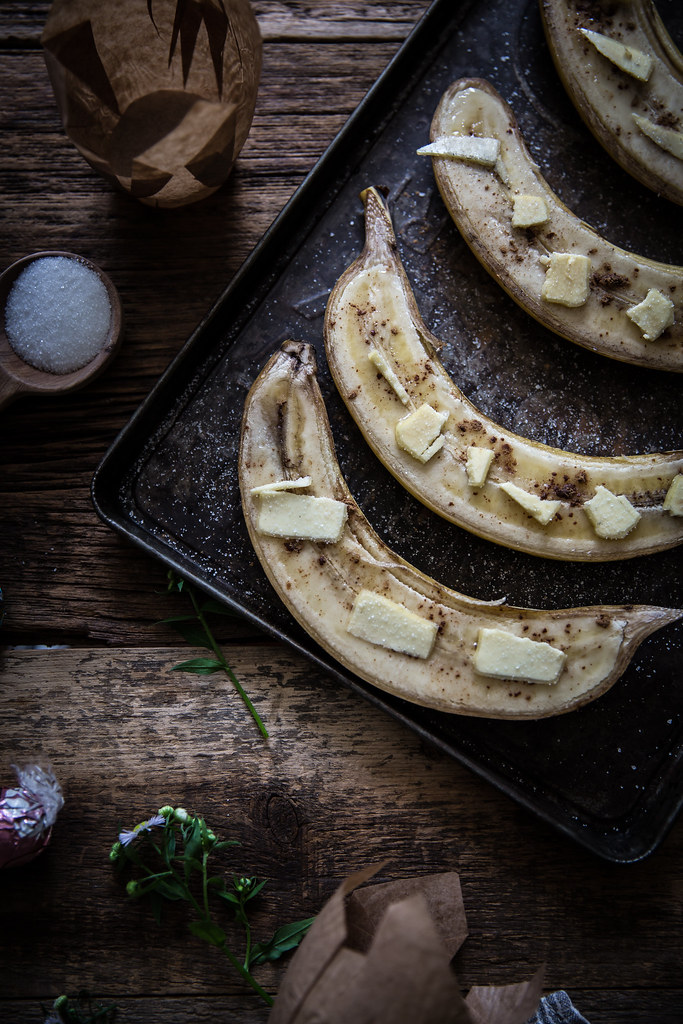 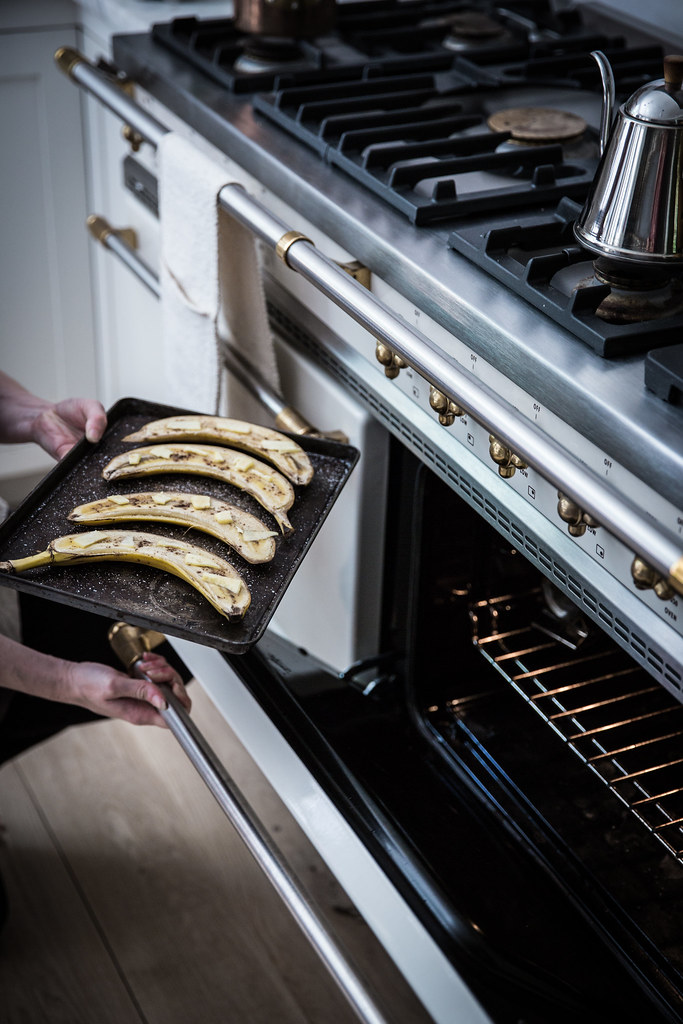 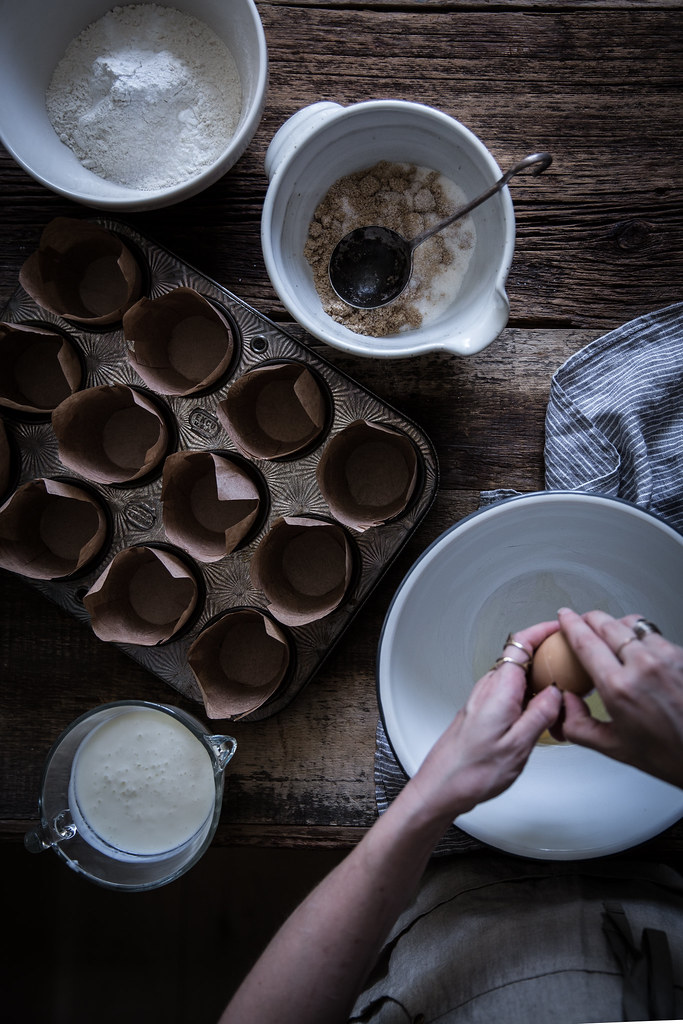 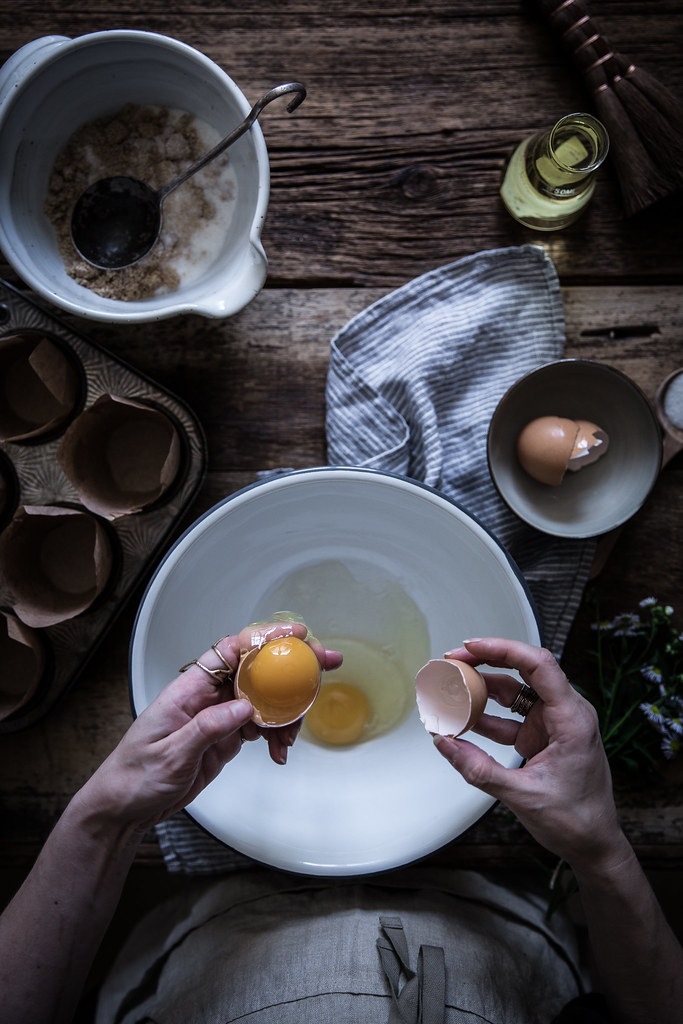 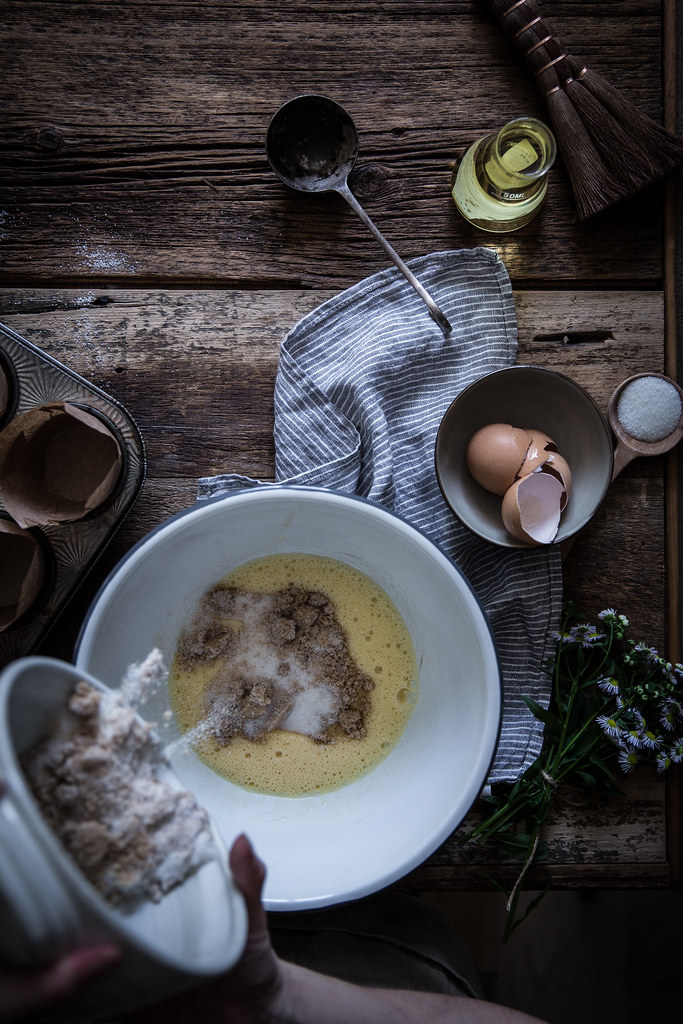 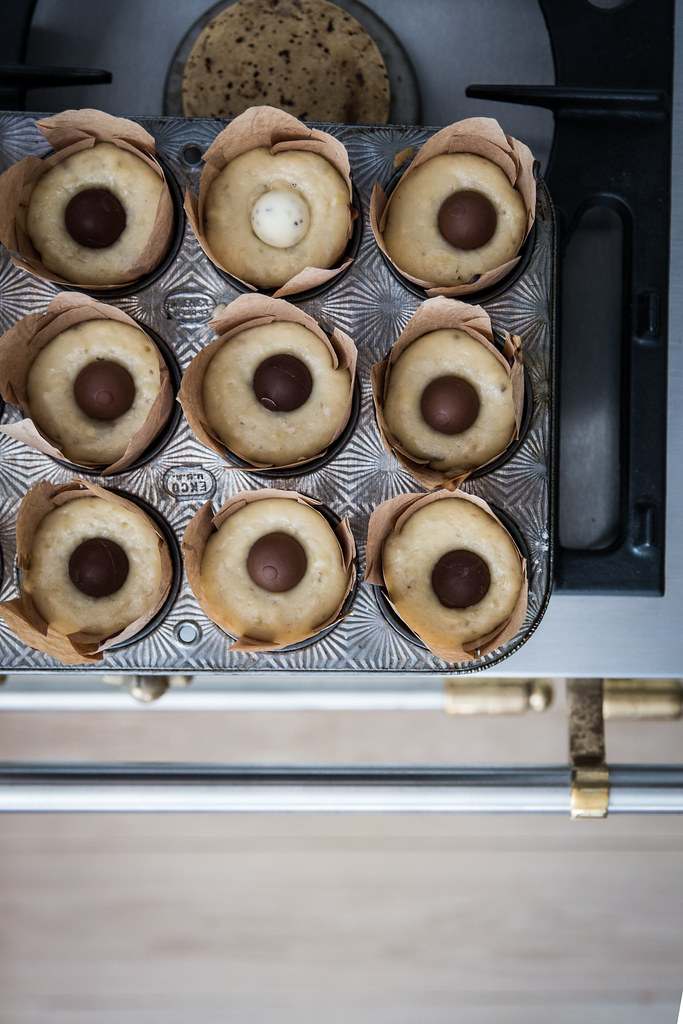 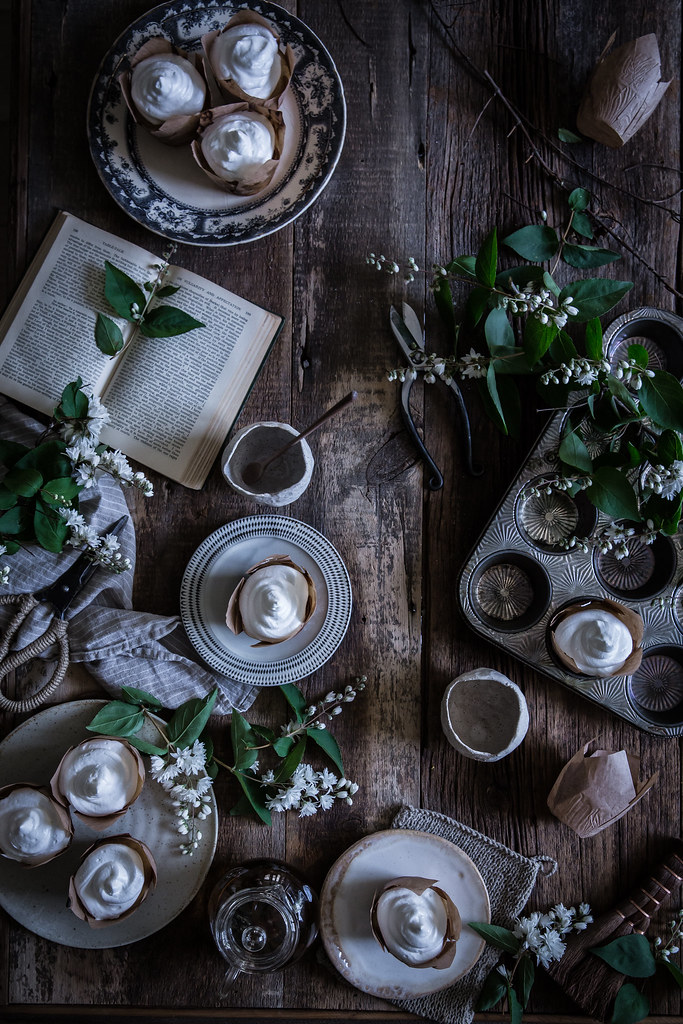 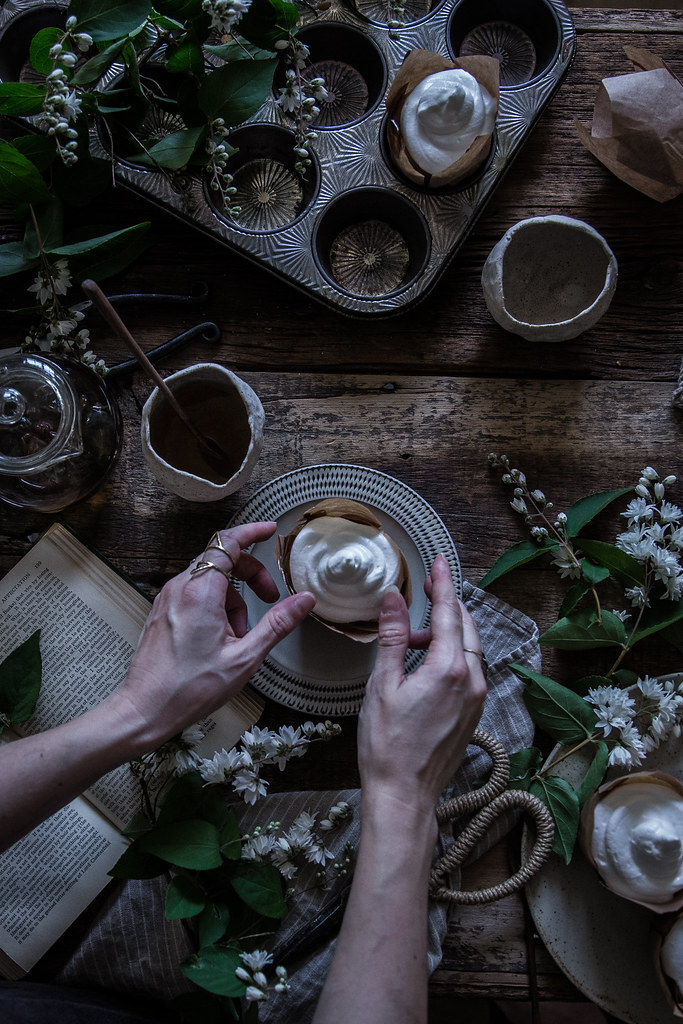 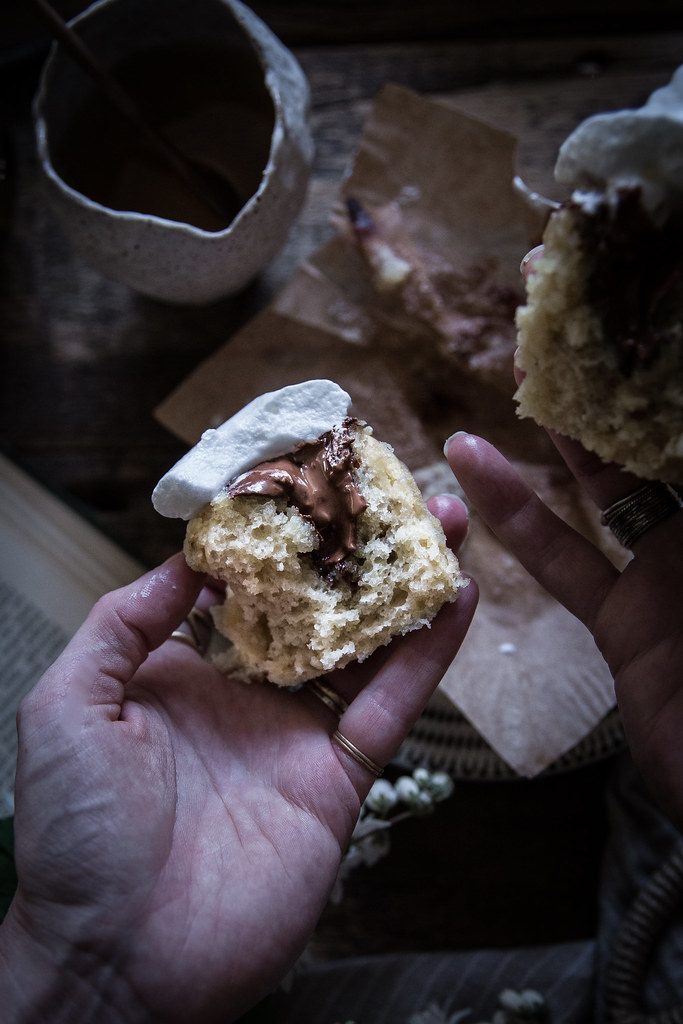 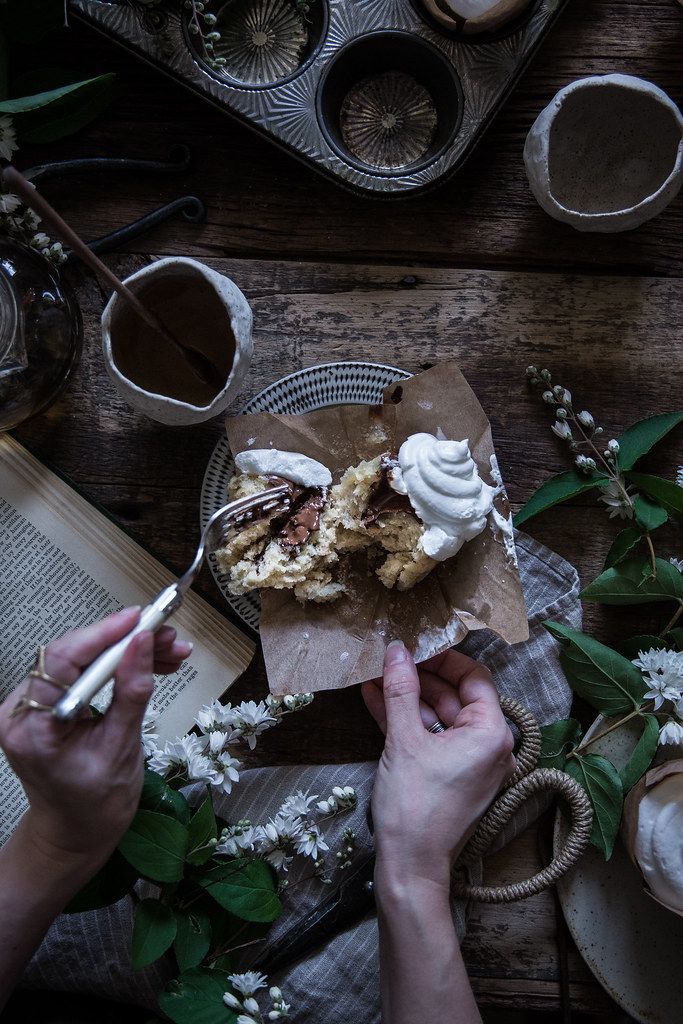 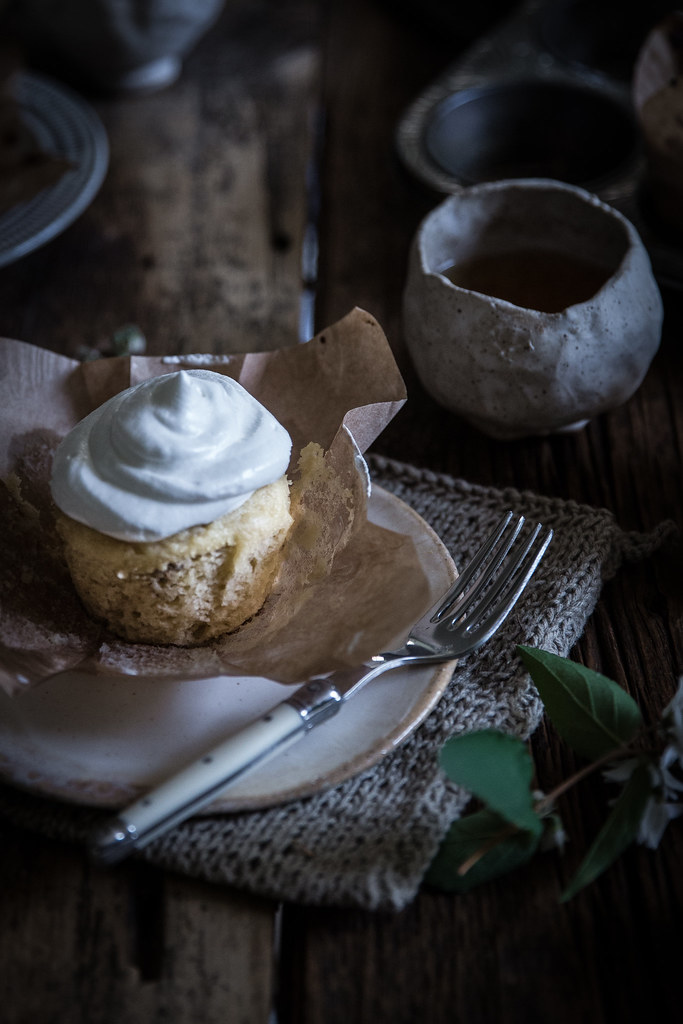 Moist and sweet, these cupcakes combine the comforts of banana bread, buttermilk cake, chocolate truffles, and marshmallow fluff resulting in perhaps the most addictive cupcake ever. While you can use over-ripe bananas like you would in banana bread, roasting allows you to use ripe bananas and make these whenever you want, old bananas on hand or not! I recommend roasting an extra banana because you're probably going to want to eat one straight out of the oven...

For Bananas
For Cupcakes
For Frosting 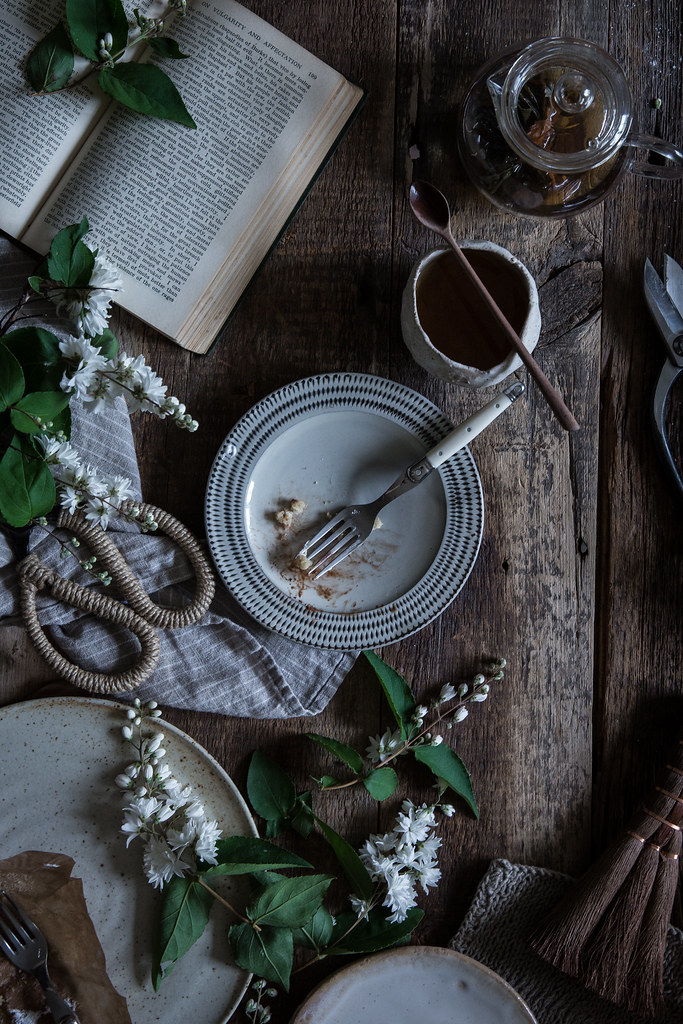 A big thank you to Lindt for sponsoring this post! All opinions, recipes, and photos are my own.