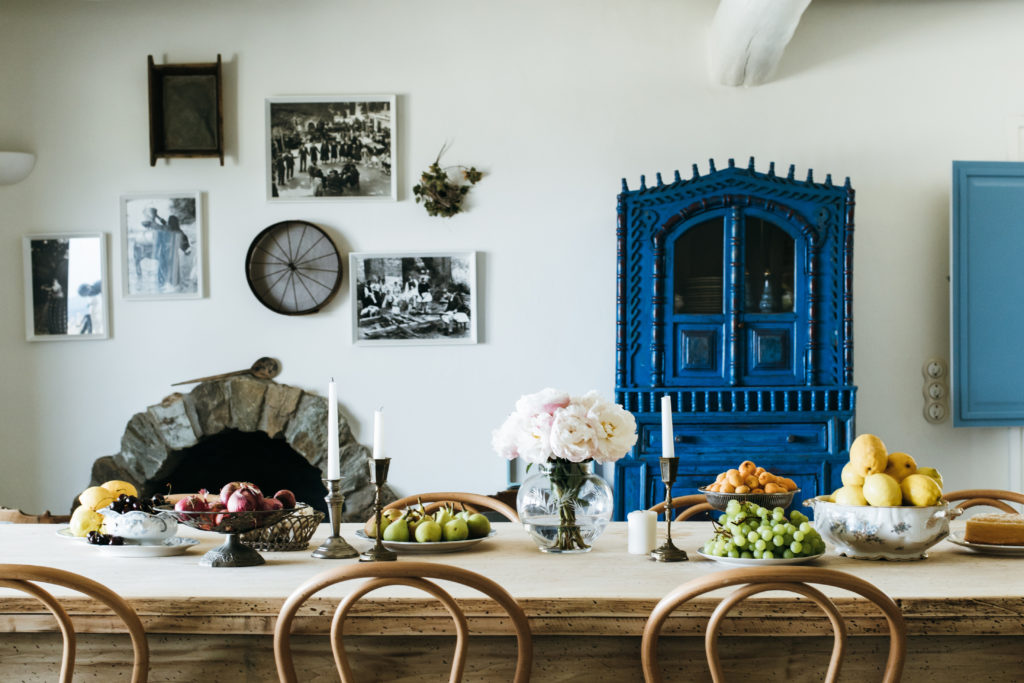 There was a time that food was considered pure sustenance, Our source for survival. But in these last seventy years or so, the definition of food in the western world has shifted from nourishment to commodity to status symbol. Here, what we eat has become part of (sub) cultures and part of our identity. Through food, it has become apparent how divided we are. It separates us into groups. We the vegans, we the millennials, we the small business owners, we the fast-food joints. But can it also still mean “we the people”? Can food still be inclusive? Even more so: can it bring us back together in a world where we seem so individualized? I believe it can. In today’s guest blog, I want to share some anecdotes I’ve come across on my travels for National Geographic, ELLE, and SUITCASE, which illustrate that while food does sometimes divide us, I want to share with you how I believe food builds community.

In my job as a food photographer and journalist, I travel the world to document and share global culinary stories. In doing so, I’ve seen firsthand that food, even though it has attained all kinds of different definitions, is still a very powerful tool that unites communities and can also spark a conversation about critical topics. But let’s start by sharing a bit more about my own story.

I’m Ingrid Hofstra, 30 years old. I live in a small town, twenty minutes from Amsterdam. I grew up in the north of The Netherlands, in the countryside. Most of what I ate came either from my grandparents’ farm, or my other grandparents’ garden. My life was quite secluded. Aside from one trip to France, we never got to travel. That changed once I left home to go to university. During my bachelor’s degree in American Studies, I spent six months in Arizona. Two years later, I moved to Washington, D.C., on my way to becoming a foreign correspondent’s intern. Not long after, I moved back and started a job with the national news.

As a journalist, I worked irregular hours. To improve my health, I started cooking more. Up until this point, I didn’t know there was such a thing as food photography, but as soon as I discovered blogs like Local Milk, Green Kitchen Stories, and My Name is Yeh, I was hooked. I picked up a camera and started documenting my creations. Inspired by my broadened world view, I also got interested in traveling more.

After a while, I noticed that I was most excited to learn about foreign food cultures. Because even though we each have our own traditions, favorite flavors, and rituals, all of us together share the same passion. We want people to enjoy our food, whether it’s a homemade cookie, fine dining, or a piece of fermented fish (it might smell rotten, but I guarantee it tastes of love). This revelation eventually led me to become a food entrepreneur. I quit news journalism and started my journey as a global culinary storyteller.

Food Is A Cultural Storyteller

During a visit to Philadelphia last fall, I interviewed Christina Martinez, the owner of South Philly Barbacoa. Christina is featured in Netflix’s Chef’s Table documentary and is an illegal immigrant. She was able to start her own business because Philadelphia is a sanctuary city. It means that its laws protect undocumented immigrants from deportation or prosecution. These regulations have resulted in a diversified food scene, a reflection of Philadelphia’s population.

“The locals here give me the chance to share something of my own culture,” the chef explained. Christina crossed the desert in 2009, hoping to start a new life. Currently, she’s the face behind one of the most successful restaurants in the city, sharing her family barbacoa recipe with the world. Every weekend, locals and tourists line up in front of her small restaurant, ready to enjoy this traditional Mexican dish.

Food Is A Creator of Solidarity

On the other side of the country, in Portland, I discovered a great sense of perseverance and curiosity. Portland is considered one of the major food destinations in the US, and this is not just because the city sits on the brink of the fertile Willamette Valley. It’s mostly a particular mindset that has transformed this city into a culinary Mecca. The leading local credo is a simple one: community over competition.

James Beard finalist and chef of Coquine, Katy Millard told me, “I want to be a chef in my own neighborhood. I want to build a connection with the people here, the producers, farmers, and fishermen. I want to support my community”. She previously worked at Michelin restaurants but decided to open her own place. “For most people, fine dining is an exceptional moment, whereas I want my food to be part of someone’s daily life.” Laura Morgan, who organizes culinary tours in Portland, concurs with this notion of community. “This has never been a city of fast growth, like Seattle or San Francisco. That’s why it has always been essential that we had each other’s back. Even if you’re competitors. It has led to a sense of solidarity, creativity, and devotion.”

Food Is Inspiration for Entrepreneurship

The Greek island of Andros is also called the island of sea captains. It has a rich history of merchants that sailed all over the world, selling lemons, onions, olives, and much more. It’s the home of Allegra Pomilio, who is the young culinary host and owner of Mèlisses, a new bed and breakfast on the island. She’s originally from Italy, but within a few years, Allegra managed to create a vibrant local community. Every summer, she organizes workshops, for which she traveled the island in search of producers. I was lucky to attend one of these events, during which Allegra shared more about this passion project of hers. “I asked everyone for help and put together a wonderful team of people.” The owner of Mèlisses now works with cheesemongers, beekeepers, and even an 85-year old priest who teaches the attendees how to prepare halva!

One morning, while we were chatting in the kitchen, her gardener George delivered a bag of zucchini flowers from his own garden. Allegra tells me she didn’t ask for it, but that’s just how the people of Andros are. “Anna, who helps me out at the bed and breakfast, brings fresh eggs every morning. We cook together, make spoon sweet, a Greek fruit preserve eaten with cheese or marmalade for breakfast.”

Food Is A Gateway to Conversation

For my last anecdote, we travel to the Faroe Islands, where two dear friends of mine live. I got to know them on my first journey to this remote archipelago. Óli and Anna Rubeksen are sheep farmers in the small town of Velbastadur. Every week they organize heimablídni. The couple invites strangers into their home and has dinner with them — traditional Faroese fair with a modern twist. The fermented lamb meat comes from their farm, and the juice comes from the rhubarb grown in Anna’s garden, in the backyard of their gorgeous house, not to mention the view of the adjacent fjord.

But what’s more important, the conversations you’ll have at that kitchen table will stay with you for a long time. It always starts with food but quickly diverges into topics such as quality of life, psychology, and cathartic experiences. But of course, there’s also laughter. If you ever make it to one of these heimablídni, make sure you’re not in a hurry because they tend to run late!

I can go on and on with these anecdotes, but time and again, they will tell the same tale: one of solidarity, connection, and community. Whether it’s a story about a big city or the tiniest of islands, I genuinely believe that if we keep an open mind, engage, and learn about cultures that are new to us, food will stay a force to be reckoned with.

Ingrid Hofstra is a food photographer and journalist based near Amsterdam, Netherlands. You can find more of her work here and follow along with her travels through her Instagram.

Trying to pass the time during social distancing? Check out the newest series on the Local Milk Blog, Fresh Milk! Every week I share links from around the web to interesting and inspiring videos, recipes, articles, and more! Find the first three here, here, and here.

One thought on “How Food Builds Local & Global Community”