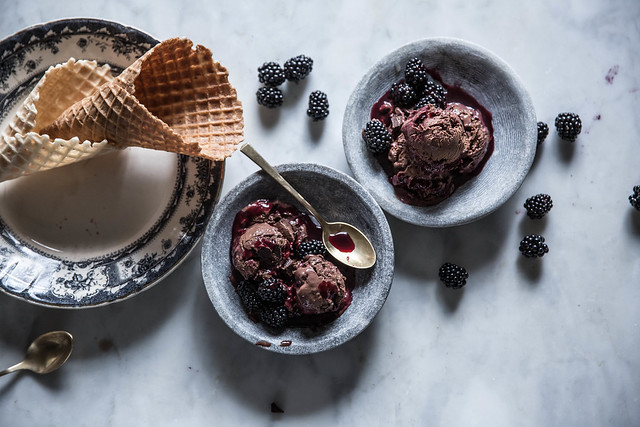 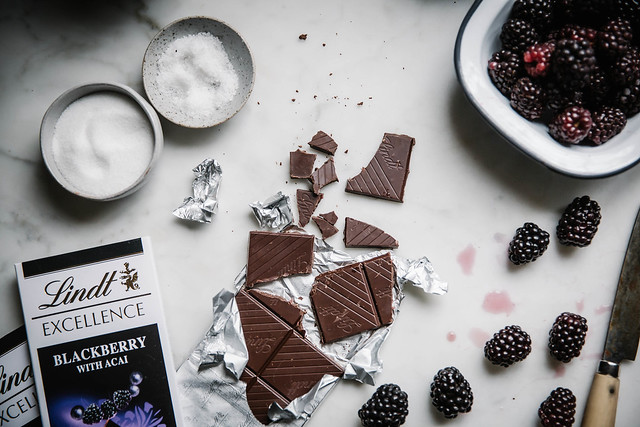 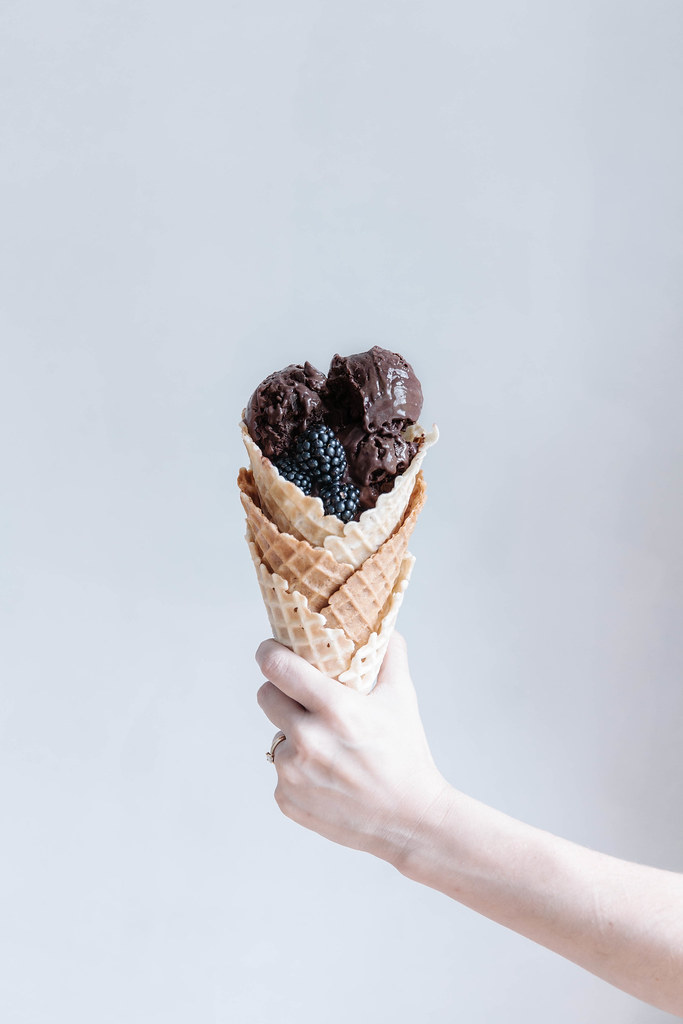 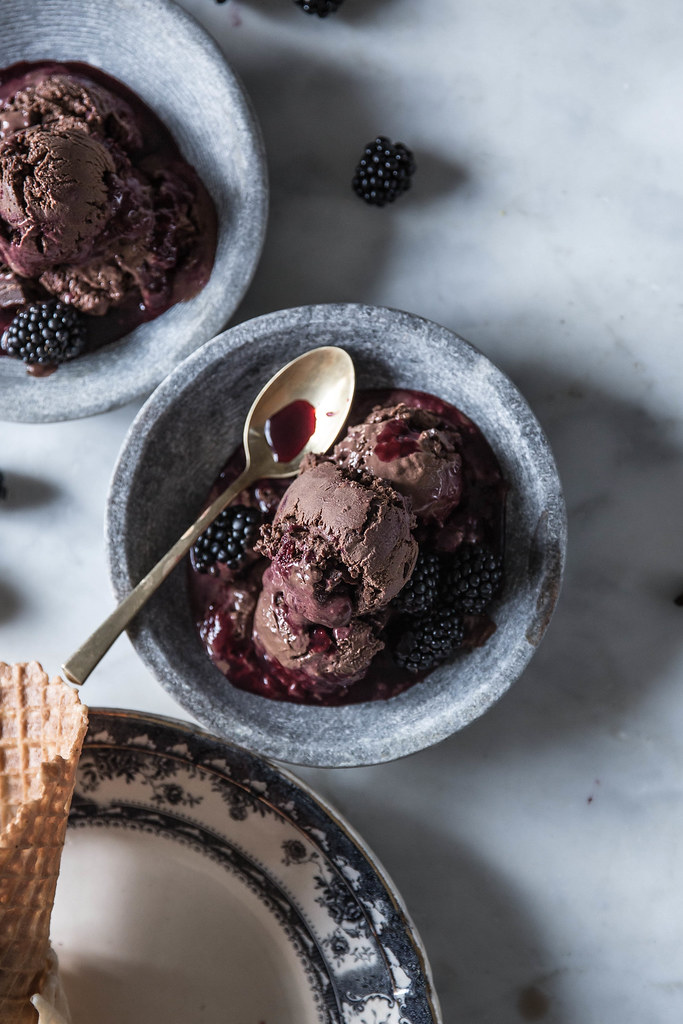 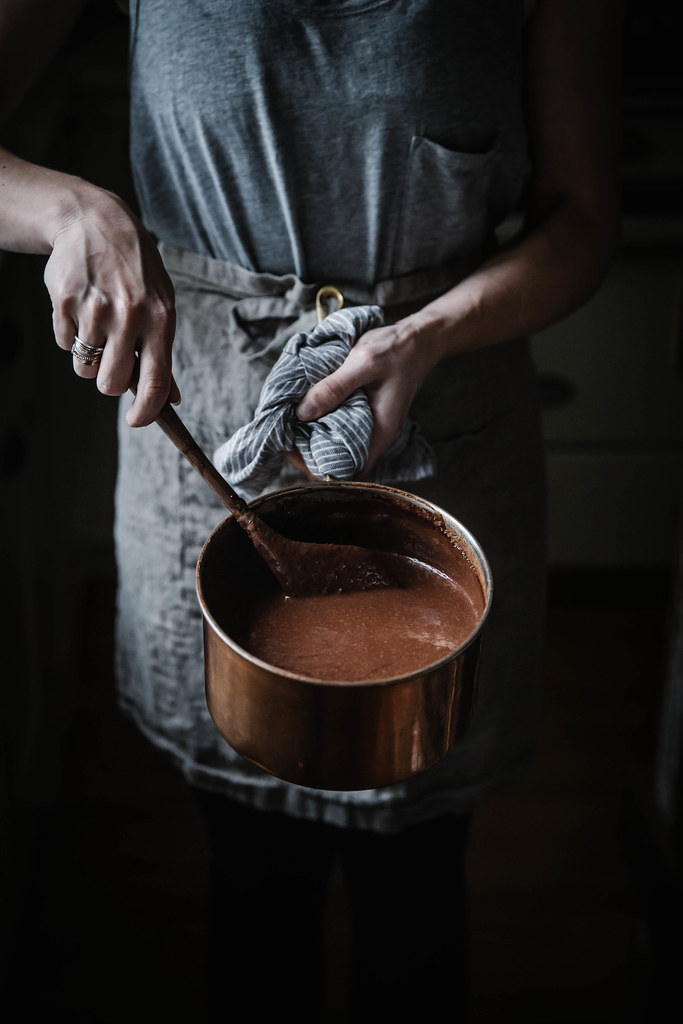 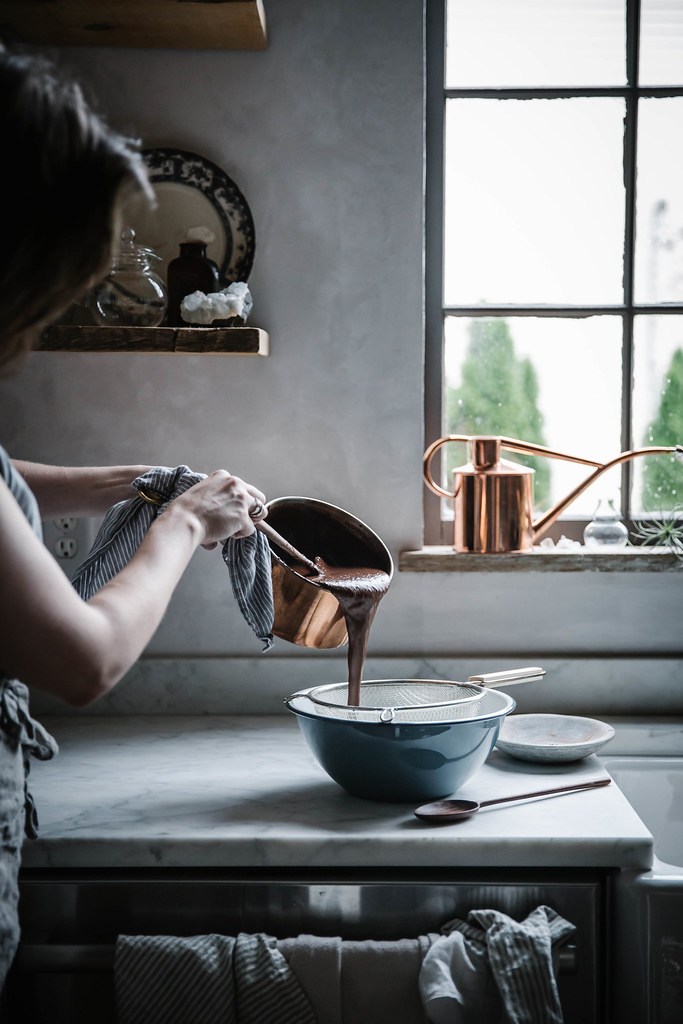 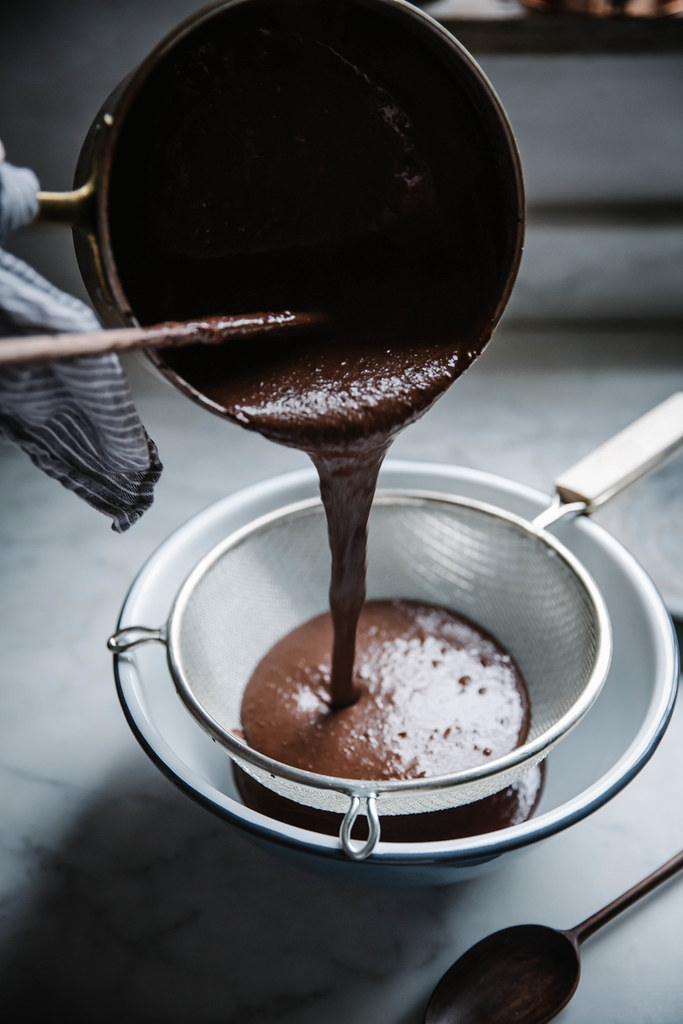 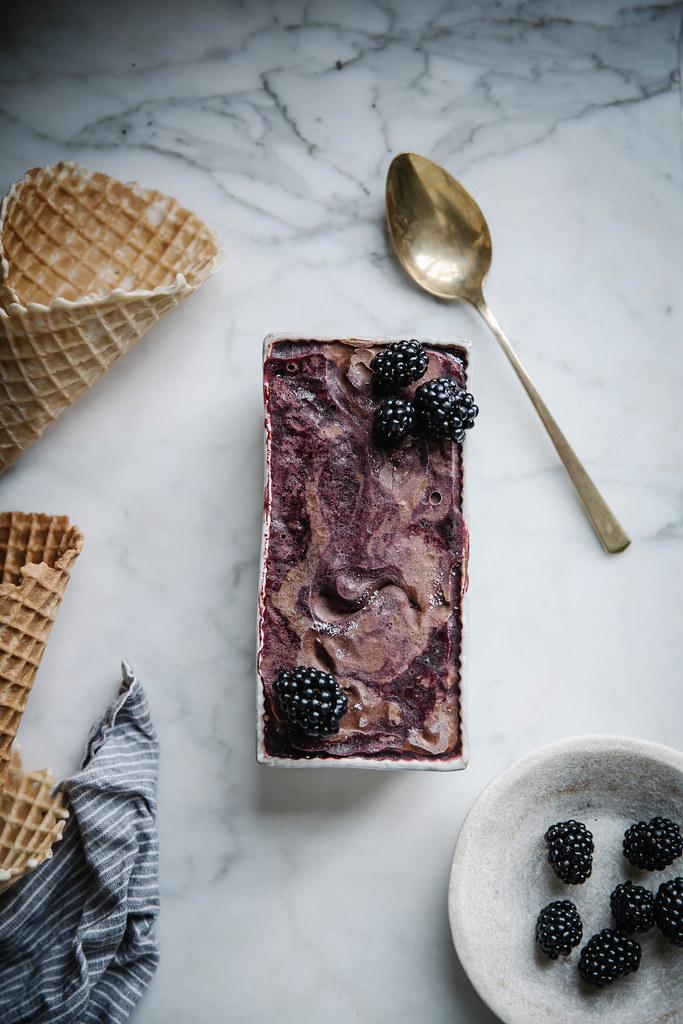 In short: you make a ganache out of a Lindt EXCELLENCE 70% Cocoa bar and chocolate custard out of the best cocoa powder you can afford. And then you mix it. And freeze it. And then throw in the best thing ever: broken up “chips” of the new Lindt EXCELLENCE Blackberry with Acai bar which has the perfect combination of silky dark chocolate with pieces of sweet blackberry and tangy acai berry. Add a swirl of blackberry syrup. And you’re done with all other chocolate ice cream ever. 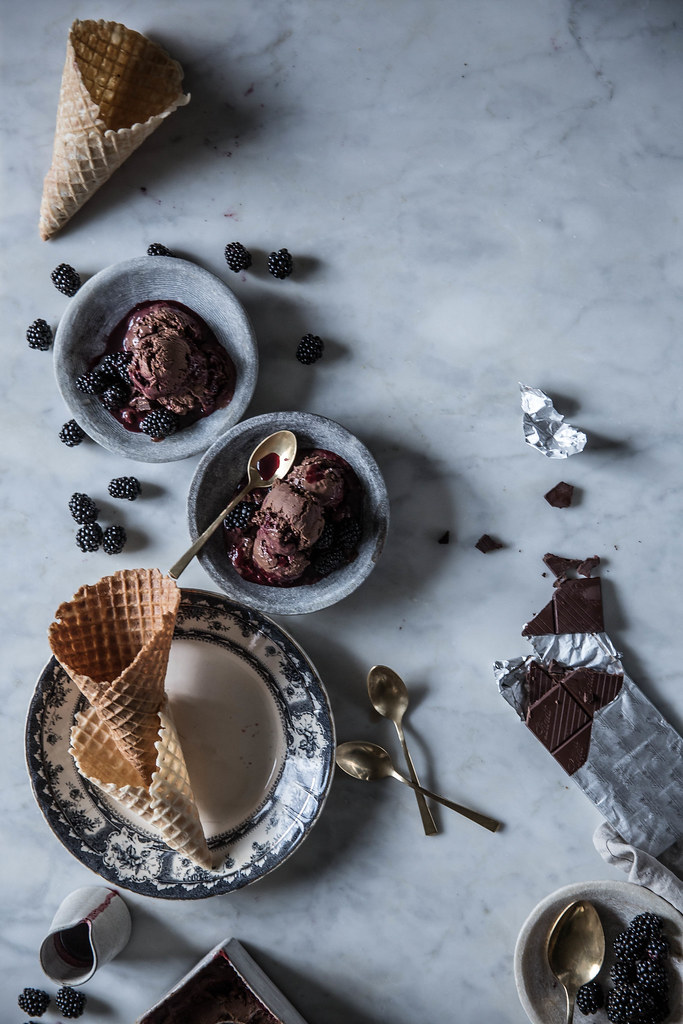 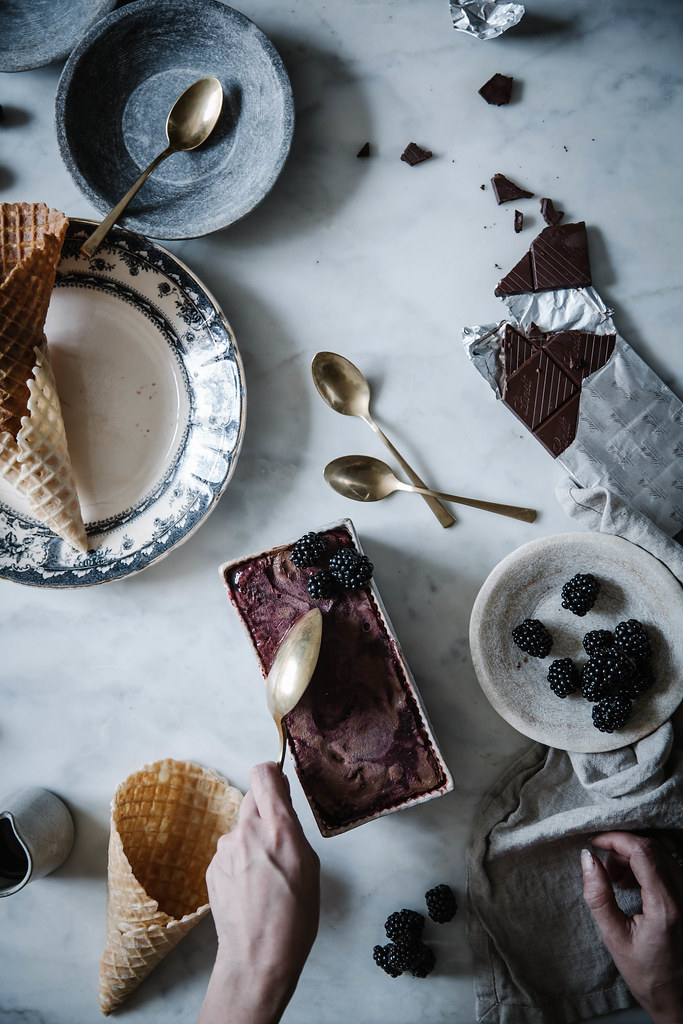 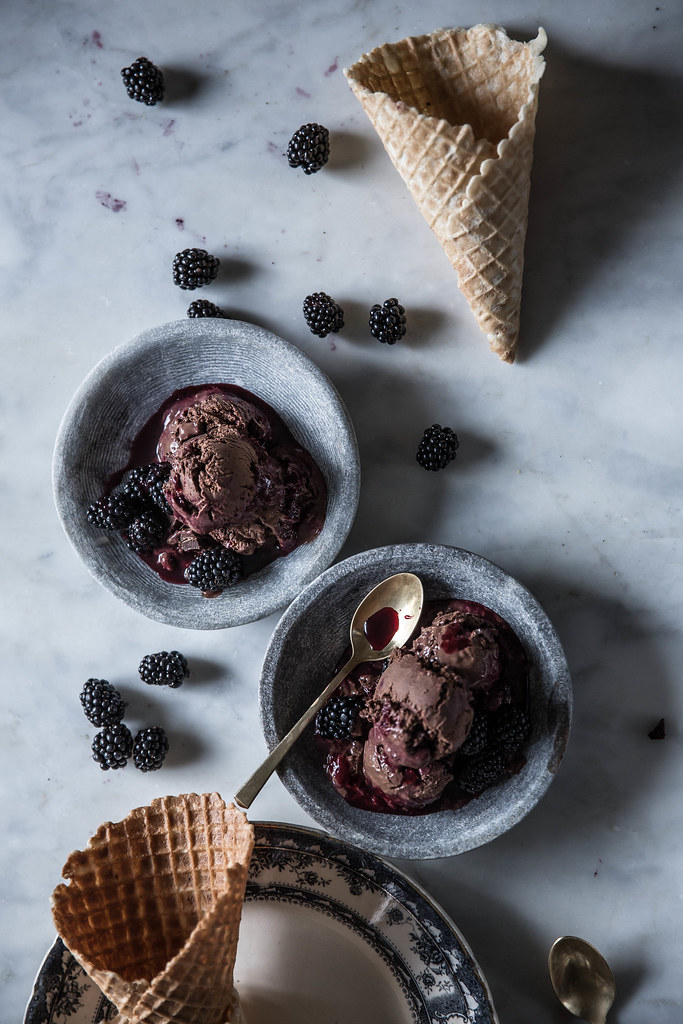 Could it live without the blackberry? Sure. Make this with or without it. You’ll have no regrets either way. But I find the tart foil to the richness of the chocolate to be deal making, breaking, killing it awesome. I wouldn’t skip it unless berries were out of season and I ran out of my frozen supplies. If brownie batter, if truffle, if all that is holy and chocolate was ice cream, it would be this. I stand behind this with every fiber of my chocolate loving yet simultaneously chocolate ice cream disdaining being: it is a game changer. Privilege richness. Don’t compromise. Is making ice cream from scratch more time consuming than buying? Yes. Definitely, categorically, yes. But. It’s worth it. So, before the heat lets up, make some chocolate ice cream that actually tastes like chocolate.