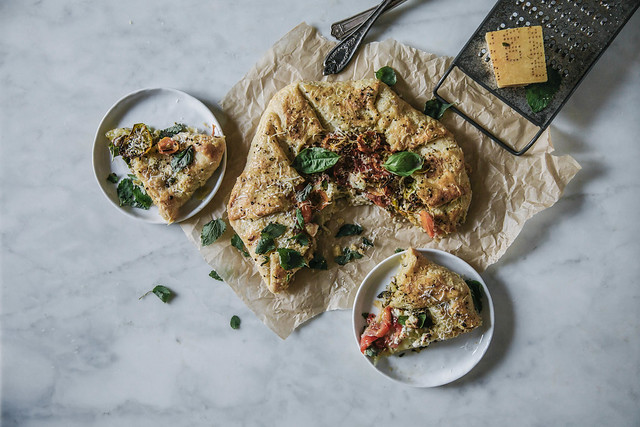 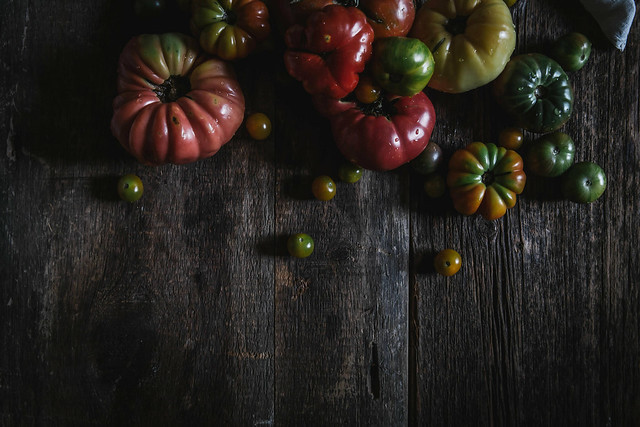 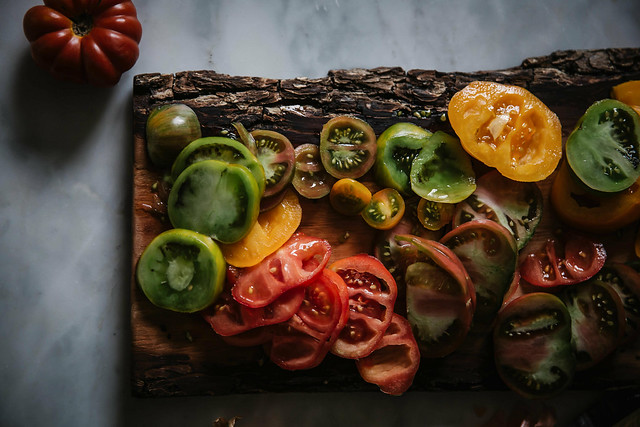 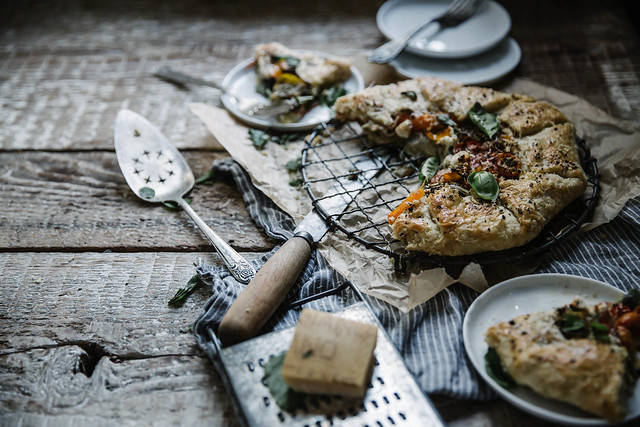 The truth. The truth is I’m, despite my best efforts to slow down & recapture a lost way of doing thing, wildly, inextricably modern in so many ways. I drive my car to run banal errands daily. I answer emails (in theory). I’m addicted to my ipad. And I resent the way the seasons give and take. Most especially tomatoes. I have a difficult time accepting the fact that I can only have them fresh in the summer. They come. They go. And it seems to happen in a flurry, and I hate it. I never get enough. I grew up with the false belief, as most children of the 80’s, that I could in fact have it all whenever I wanted it. Asparagus in February, strawberries in November, tomatoes in…never. I hated them growing up. Because even though I didn’t know the first thing about eating seasonally, I knew those watery, mealy facsimiles that the whole of creation seemed intent on slapping on sandwiches and slicing on pitiful salads were not good. The thing is, I had no idea there was anything else. 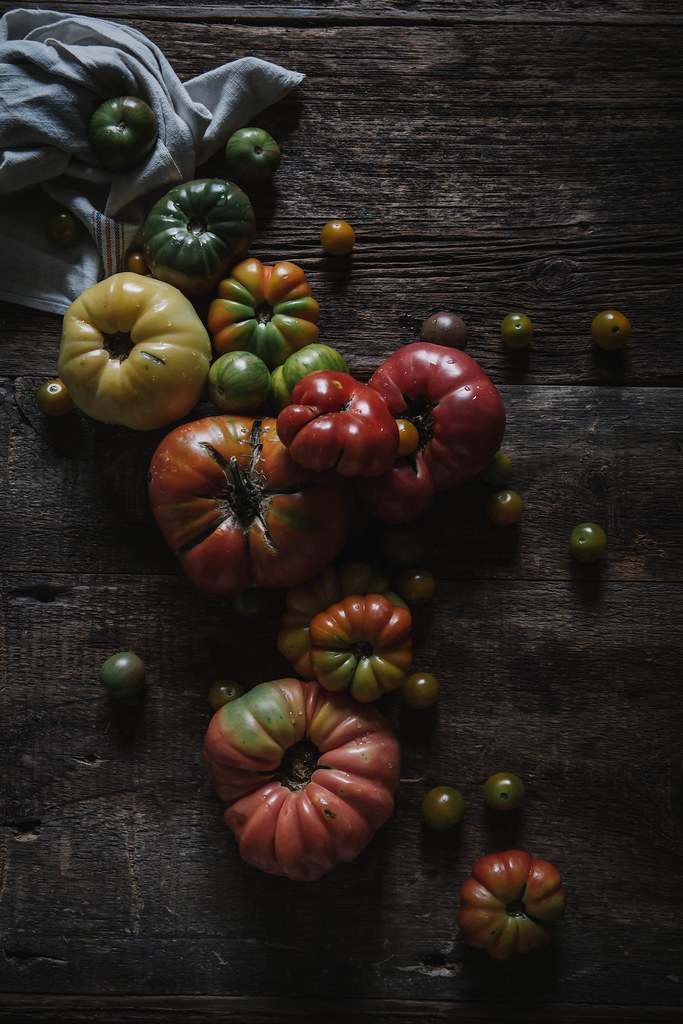 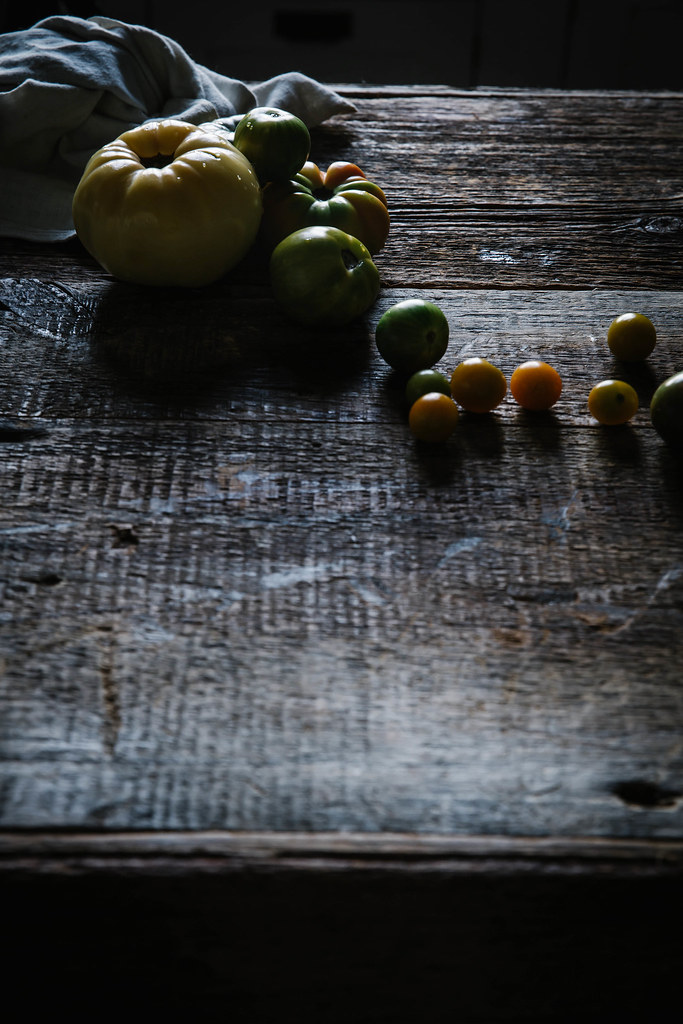 I would oft reminisce about how strange it was that, as a child, I’d eat tomatoes at my grandmothers like apples with salt sprinkled on them. I figured I’d just grown out of my taste for tomatoes. I think I was nineteen before I discovered them again. Real tomatoes. Summer heirlooms. The kind a southern grandmother might happen to grow in her backyard. When I did, I became a vegetarian for two whole years simply because I was all at once impressed with the vegetable kingdom. Okay, so I was a lousy New Orleans vegetarian that slurped oysters and sucked the heads of crawdads and therefore not a vegetarian at all. But still, other than those two surreptitious vices, I was strict. In the end, I think I just wanted to say, sounding slightly bored & with an air of superiority, “I’m a vegetarian.” Which is not just a little hilarious given my taste for gin, cigarettes, and narcotics back then. But regardless of the fact that it was an unstable identity that motivated me, I explored vegetables in those years in a way I never had. And for that I’m grateful.

A few things… Ireland! I’m teaming up with Imen of Farmette and acclaimed food stylist Susan Spungen for Lens & Larder, a food styling + photography retreat in at the Ballynahinch Castle in Connemara. Get more information and register here!

Steller. I’m obsessed with it. You will be too. 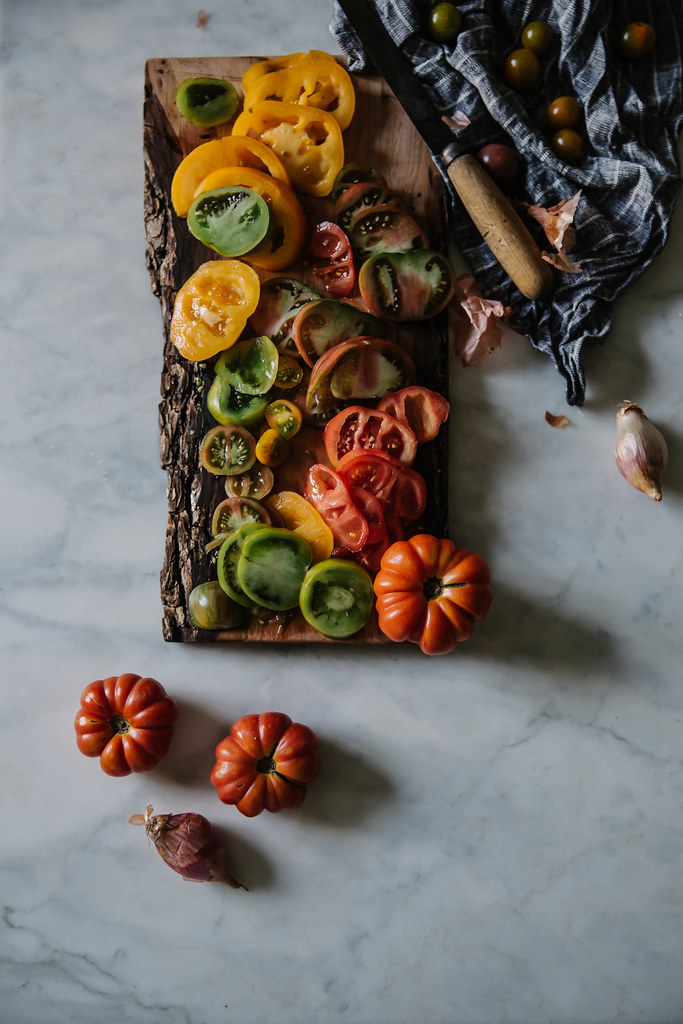 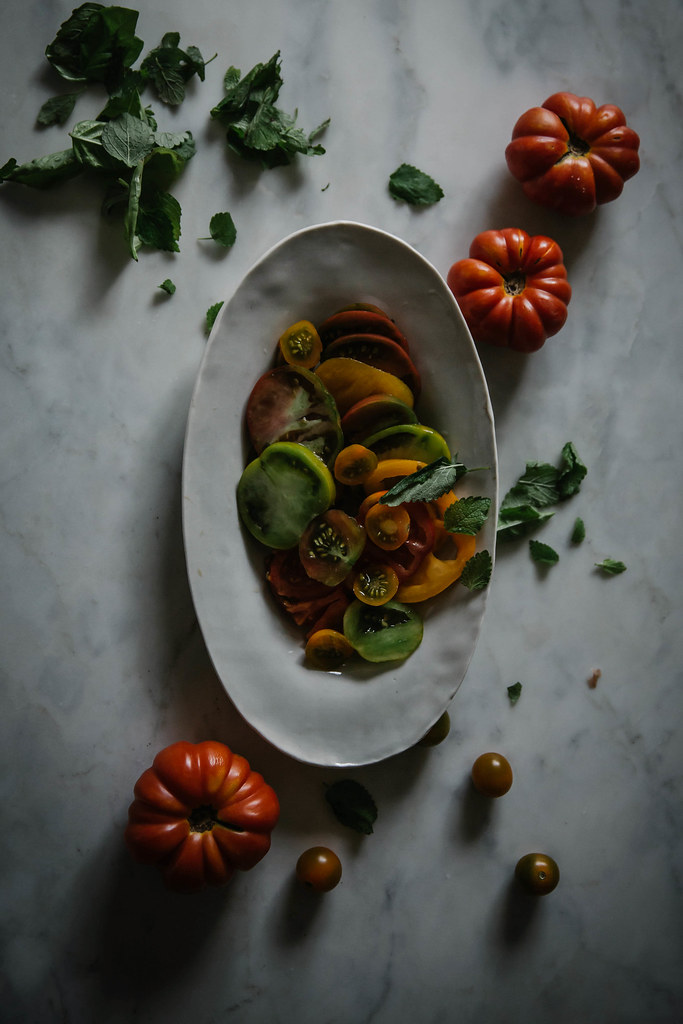 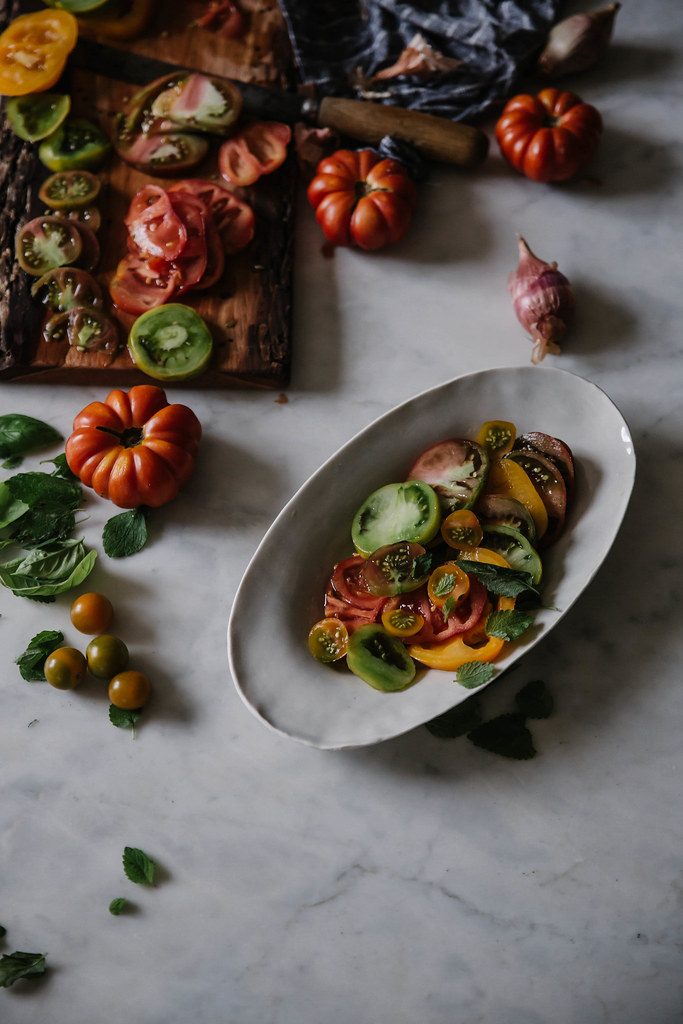 For years now, I’ve obediently eaten with the seasons. And while I’m not a vegetarian, I choose my food based on how it was raised & grown. We eat good meat, but when we don’t have company, we largely eat vegetarian. With the odd slice of local belly bacon or country ham thrown in from time to time, naturally. But despite loving & being used to eating this way, that doesn’t mean that I don’t, each year, mourn the passing of my favorites. This rhythm is the ancient rhythm. The one that birthed the idea of maiden, mother, and crone. In the image of the triple goddess forever flowering, blooming, and wilting, I find so much inspiration. Contained within the idea that everything passes is the idea of eternal return, and so I  celebrate the waning of summer. In its end is also the promise of its return. 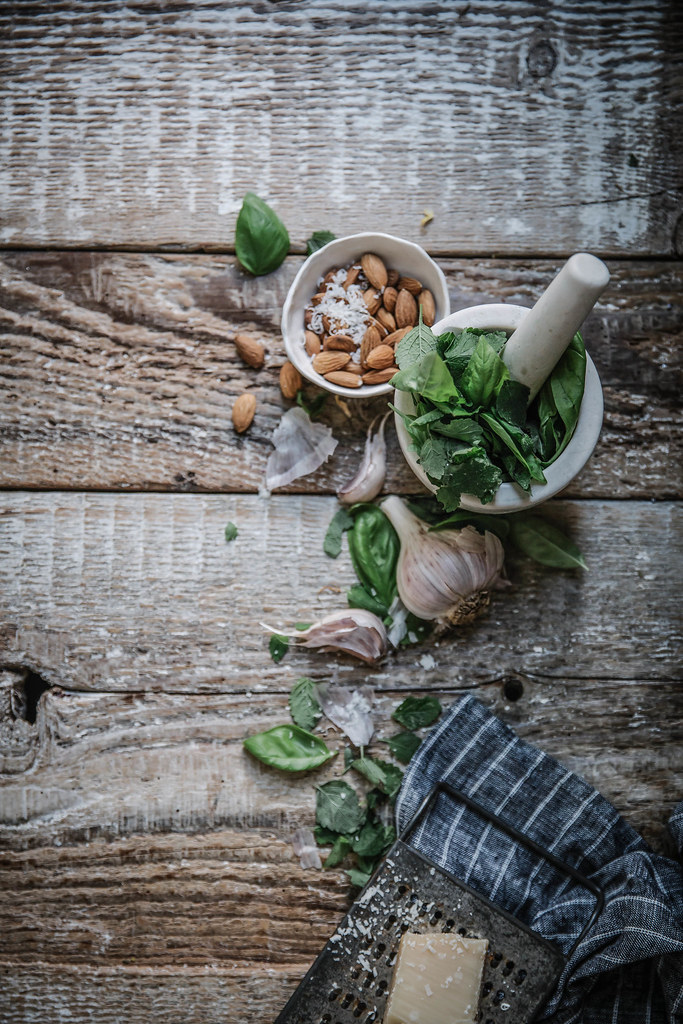 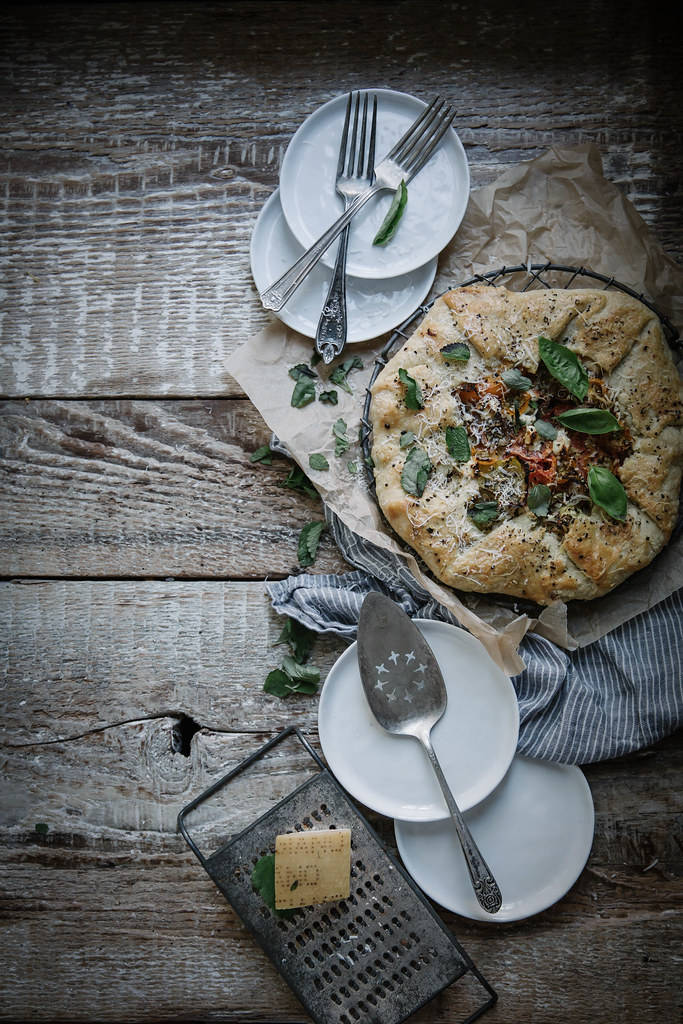 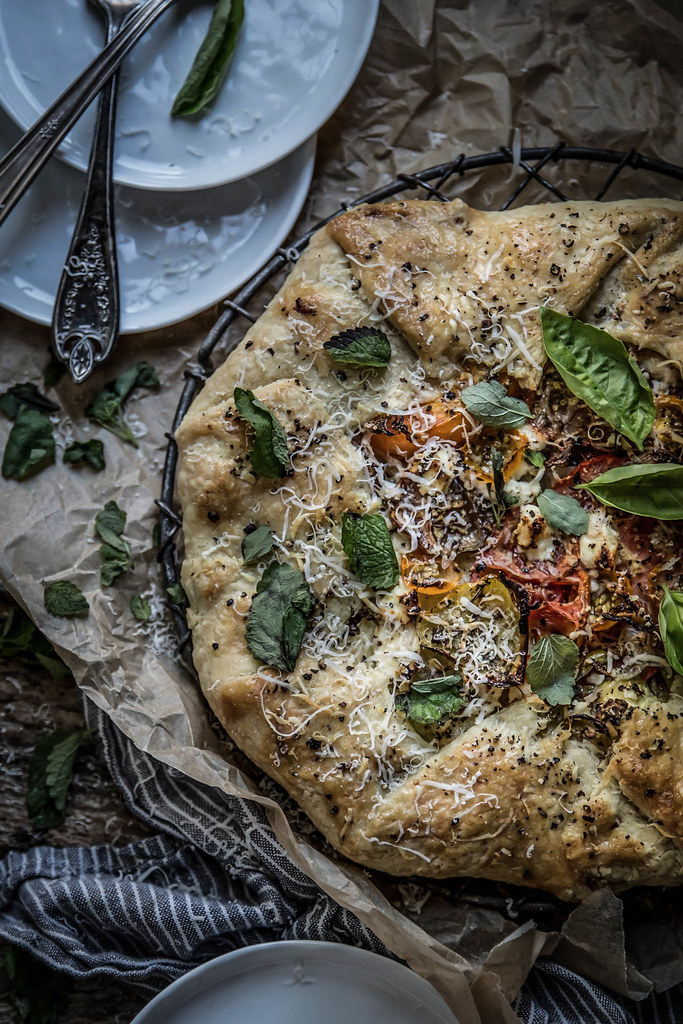 I’ve met few fruits that didn’t take kindly to a great pie crust, and these tomatoes are no different. When you have produce as gorgeous as these, you don’t need to do much to them. Crust, pesto, a good local cheese, and a few thin slices of shallot are plenty. There’s no need to over-complicate anything. And that’s why I was willing to brave the suffocatingly crowded Sunday market for these jeweles. They’re that good. Simple food is the natural conclusion of fresh, seasonal produce. And that’s what our southern suppers look like. On a Wednesday of no particular import, this is what finds its way to our plates. So, from my southern table to yours…I hope you get the chance to make this flavorful tomato pie before the season recedes. The lemon balm & almond pesto really ads something else, and the finished dish is far more than a sum of its parts. 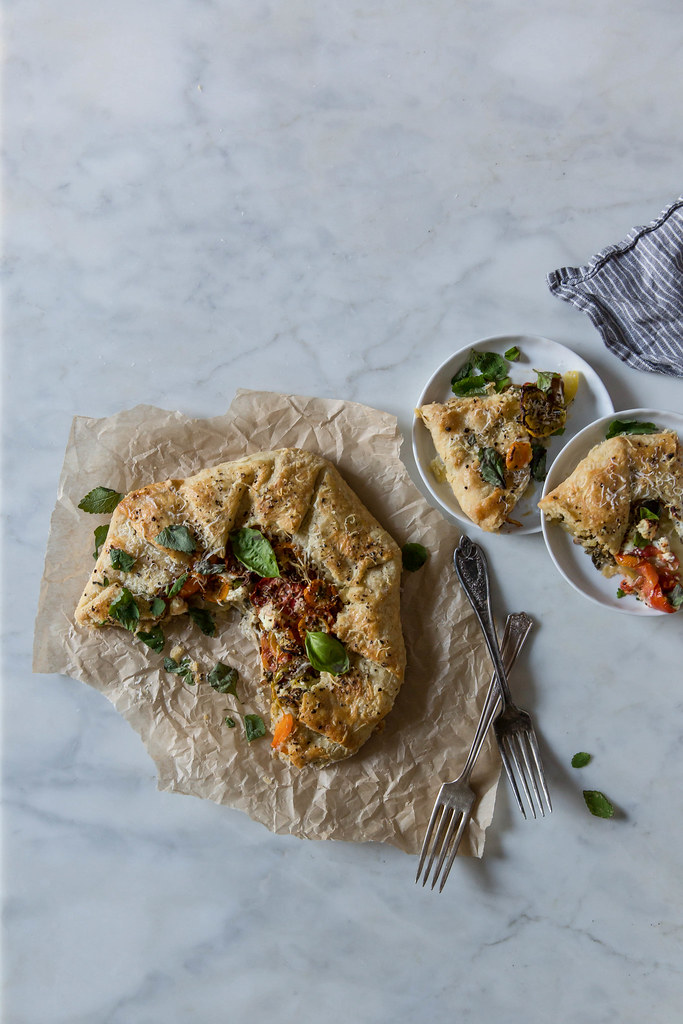 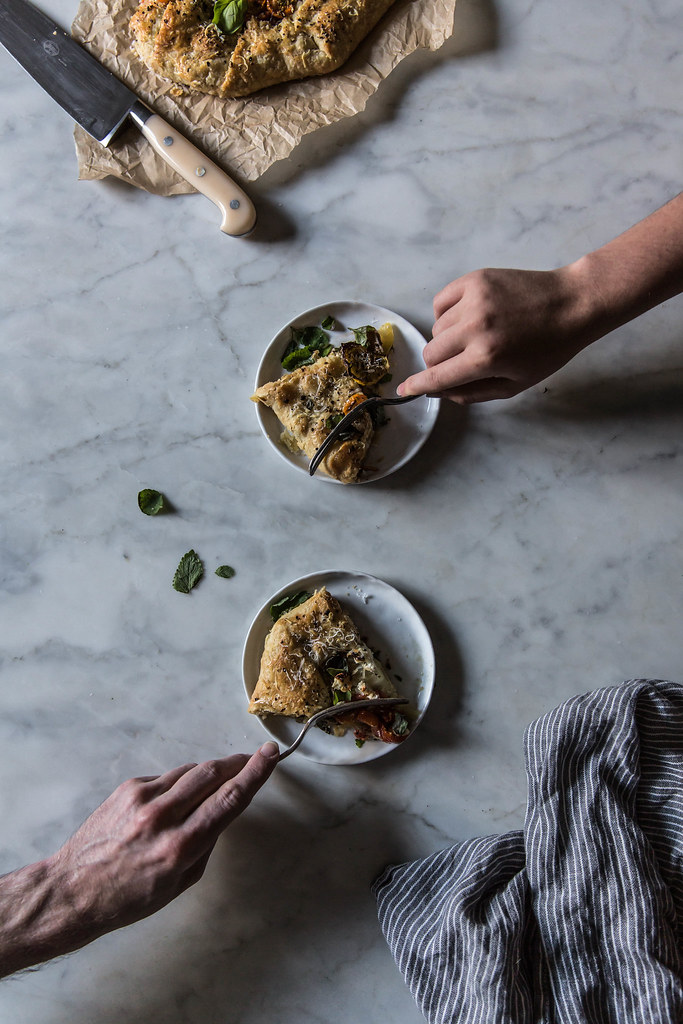 For Crust
For Pesto
For Filling

Summer's fleeting already, and it's hard to believe, but this recipe is a great way to make use of the tomatoes I'm sure you're hoarding (like I am). I can hardly bring myself to cook them, but this galette does them justice. It's like a southern pizza.