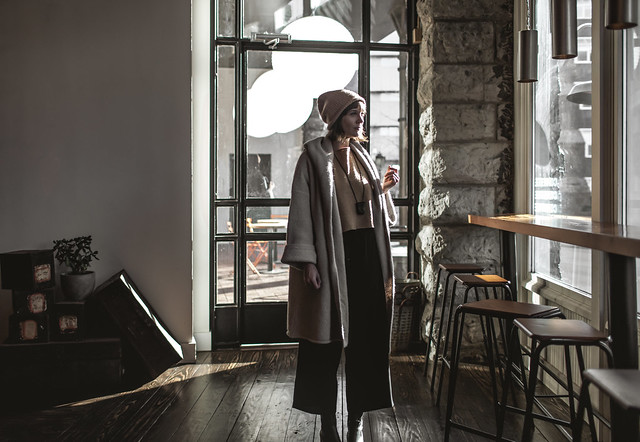 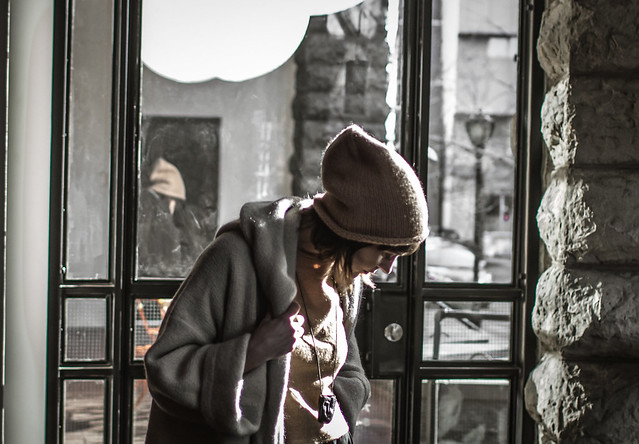 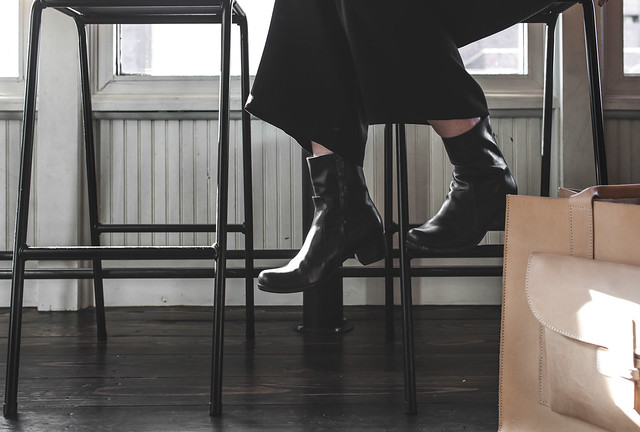 Last night I imagined myself a spirit floating through the Douglas fir trees on a darkened mountain road. Spectres can’t bleed, but I imagined the branches scratching my face. I imagined the lines such scratches would make. Thin and red, slightly raised and rough to the touch. It seemed pretty to me, that image. I imagined the trees gently, gently scraping my cheeks as I drove through them in the very dark of a narrow road, the crescent moon & my head lights the only luminescence. A deer hemmed and hawed on the embankment. I slowed. She walked past, another ghost. I was heavy, tired. Bored by the thought of absolutely everything. The thought of hearing myself talk suffocated me. The thought of listening to anyone else talk, the same. I thought about Truman Capote. Felt extraneous. Thought again about the woods. Thought about life before social media with acute pain. I missed it deeply, that time before. My mind jumped. I remembered a new years in the woods in 2003 when phones made phone calls and we still took photos with those cheap disposable cameras from the Eckerd’s .

A bunch of college kids, a bonfire, and a cabin in the woods. Beer, drugs, and less sex than you’d think. The boy I gave the LSD to, well he didn’t really float, but he, a new born demon, did fly through the woods with a single minded madness and the disjointed kaleidoscopic intent of one who has, perhaps two hours prior, ingested psychotropic bits of paper some girl in a ski vest from the 70’s and a Peeky Blinder’s looking news boy cap brought up to Tennessee from New Orleans in a Death Cab for Cutie CD case. Tore his shirt, showed up bleeding and wild eyed sometime later in the night. I, eyes dilated and lips only curled, shrugged and said I couldn’t be blamed and couldn’t be bothered. I wasn’t going to babysit, I said. He’ll be fine. I think I woke up in the floor that morning and went to Waffle House for breakfast. I didn’t kiss anyone that night. There were entire universes, lifetimes you could fall into if you kissed someone on LSD. I didn’t like it. So I didn’t kiss anyone, not at midnight, not at any time. I was probably only 19 or so and found myself at a cabin in the woods on Monteagle Mountain, the same mountain I found myself floating through last night, that one New Year’s Eve. The bonfire was towering and roared all night, and it was the year that Outkast song “He Ya!” was topping the charts. I found myself lots of places on New Years Eves, but honestly, that’s the only one I can remember without trying. I don’t much feel like trying. I shake my head. How is it the only New Year’s Eve I can remember is eleven years ago?

Then I remember another. I wore a sequin dress and made buttons all night, the kind you pin on your lapel, to the various sounds of LCD Soundsystem and The Unicorns. My life turned on that night like a dime, but I wouldn’t know it until probably a decade later. Time, I think, like a child. It destroys everything in the most delicate way. It takes away your pain, and you don’t mourn the worlds you’ve lost. Time breeds indifference, and for that it is the kindest monster any of us will ever know. Another year comes now through the forest and with it new cares and new forgetfulness. The future preys upon the past and we, unawares, build bonfires in the present. I could smell the smoke in my hair for days. And then it was gone.

Photos by Tiffany Mitchell at Brash Coffee in Chattanooga, TN. 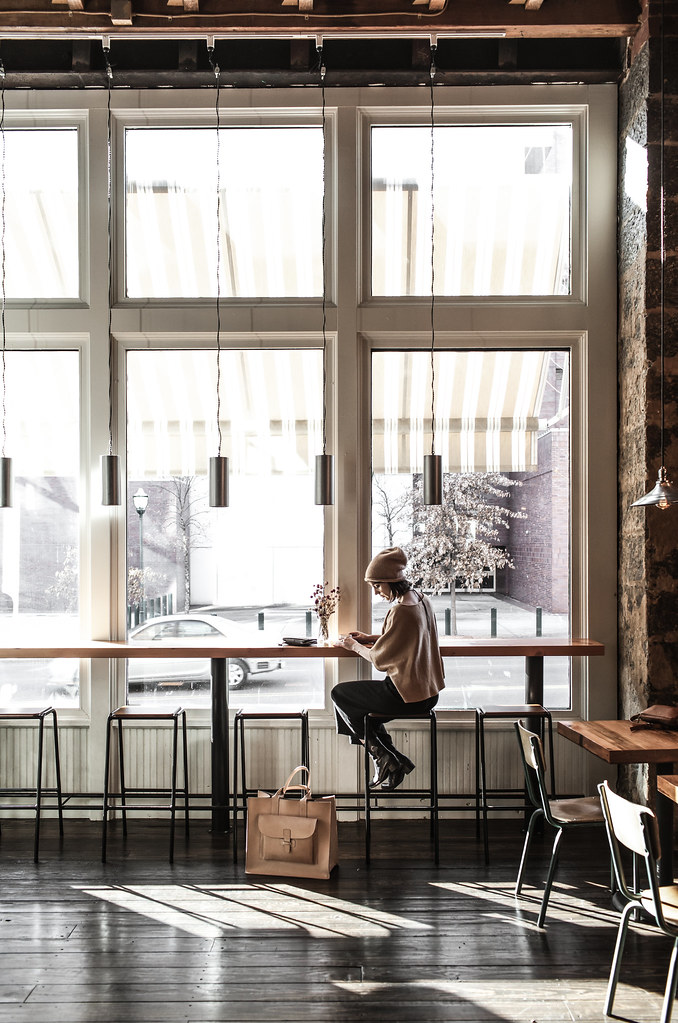 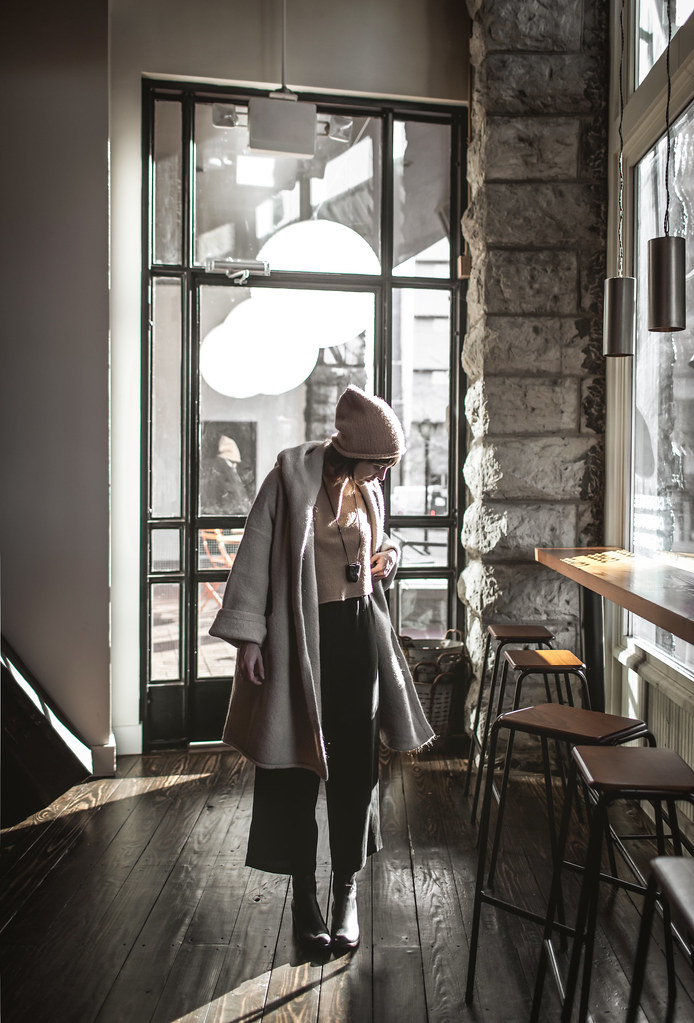 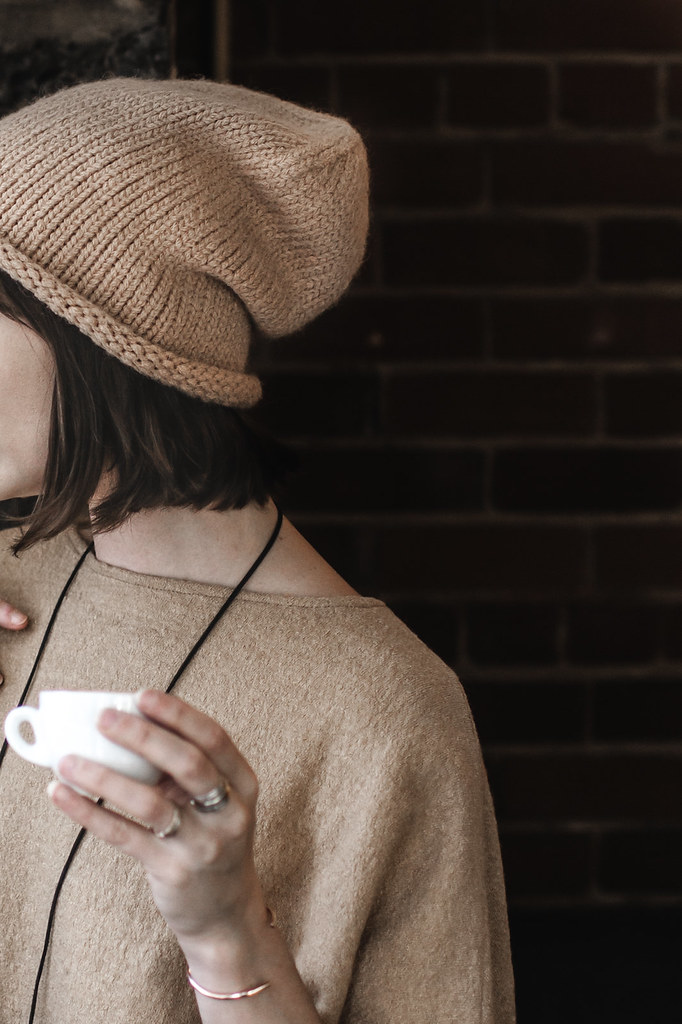 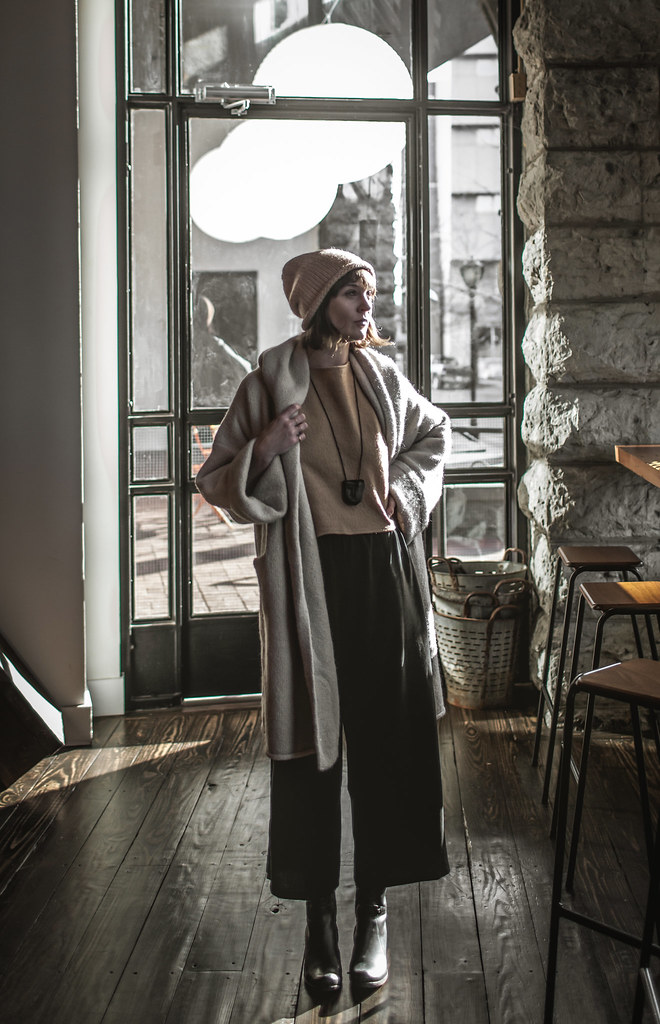 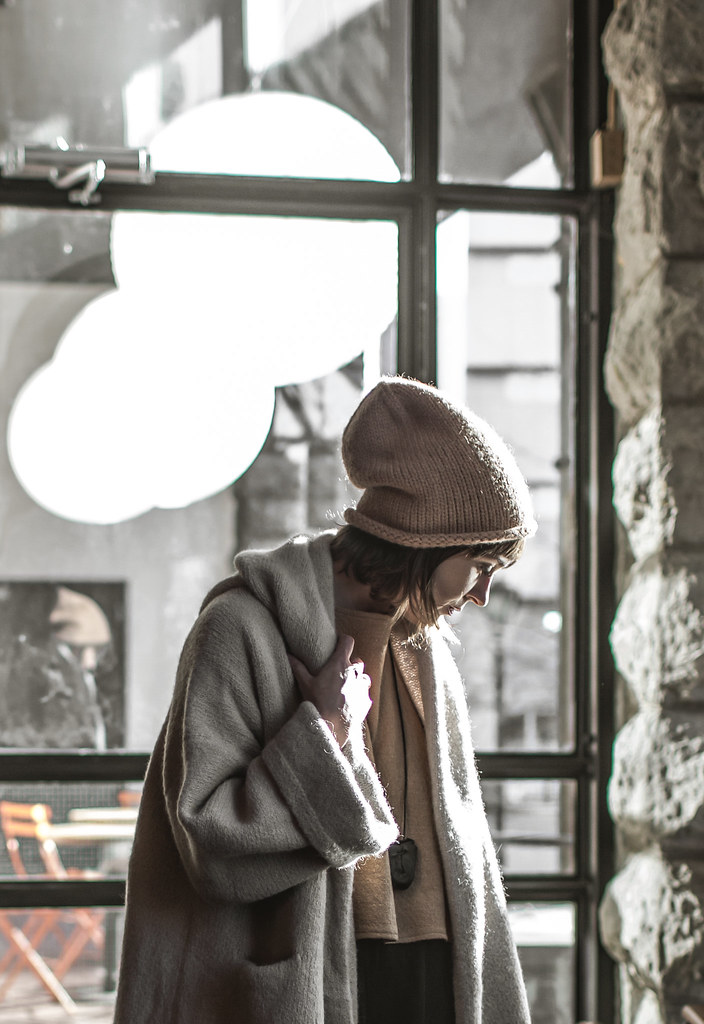 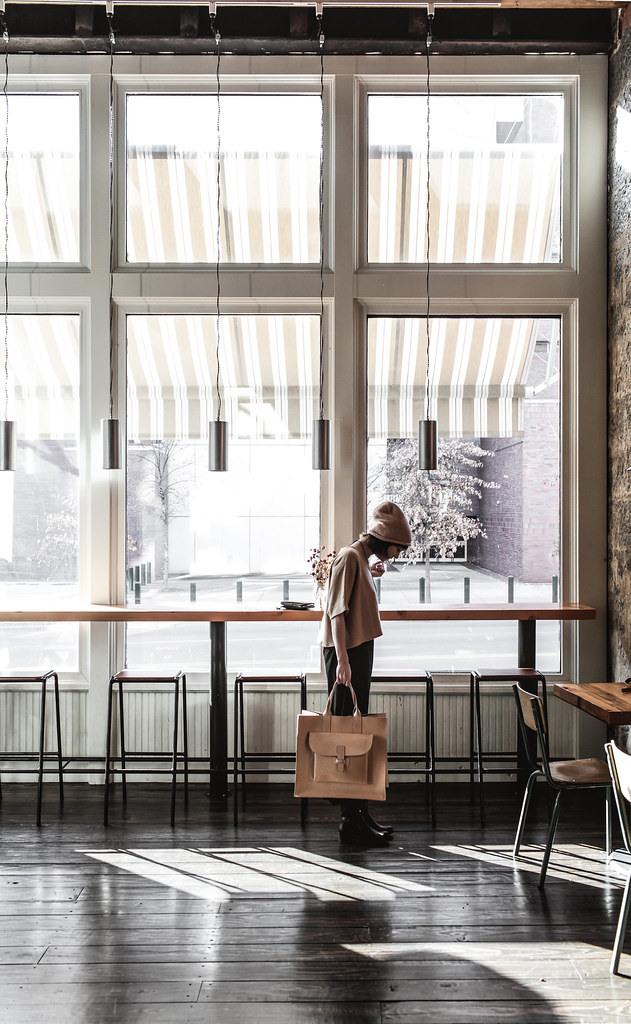 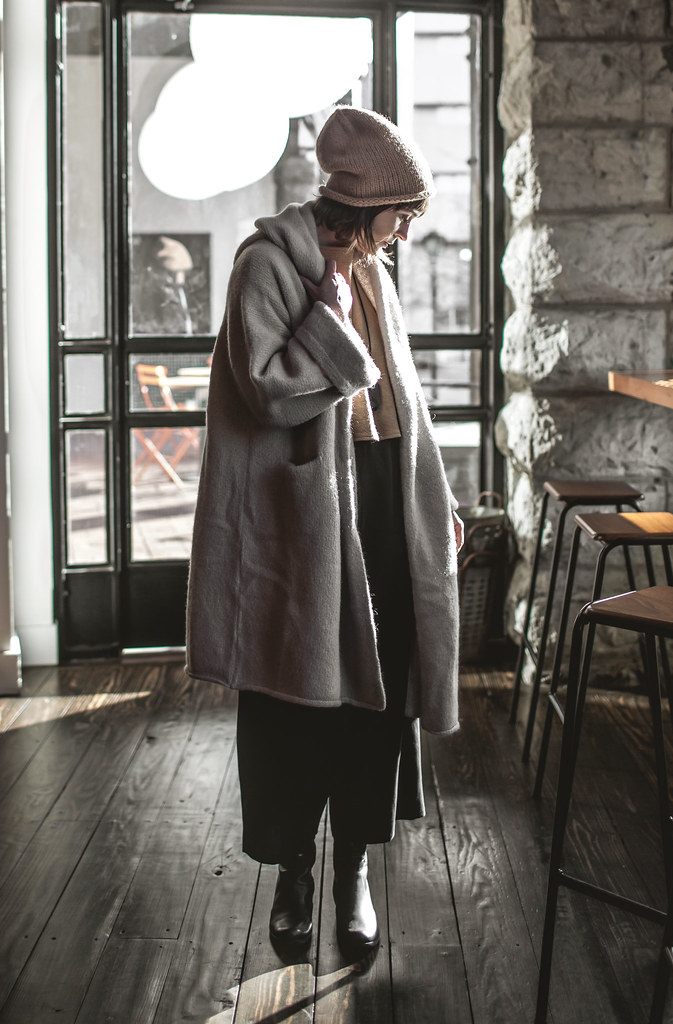